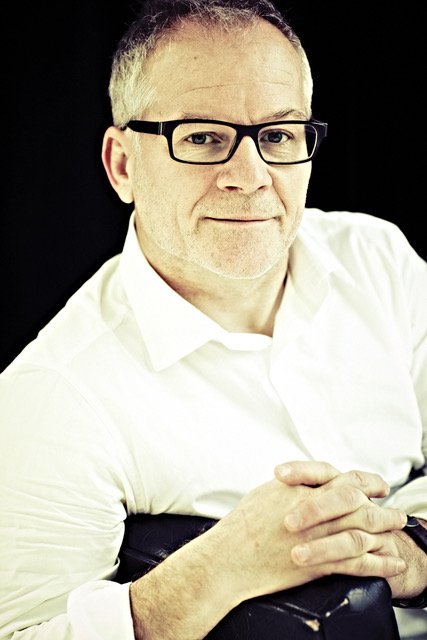 Thierry Frémaux, director of the Lyon-based Lumière Institute and Cannes International Film Festival, is guest of honour at Budapest Classics Film Marathon. Lumière! The Adventure Begins about the early days of film is screened in Uránia National Film Theatre with live commentary by the distinguished filmmaker.

This year, Budapest Classics Film Marathon shines a spotlight on the work of the Lumière Institute of Lyon that has achieved great things in the preservation of the film heritage. Festival-goers can watch Lumière! The Adventure Begins (6.30 pm, Wednesday 14 September) in Uránia, which Thierry Frémaux compiled into a single work of film art from surviving frames of Lumière films. The evening promises to be a very special journey into the universe of the creators of filmmaking since the archive footage is accompanied by live commentary from the director himself, in which he talks about the dawn of the modern age, France and the birth of motion pictures. Another exciting film is on loan from the Lumière Institute: Charles Vanel’s Dans la nuit (In the Night), which was almost the last French silent movie. At the same time, the screening is one of the special film concerts of the festival, with musical accompaniment by Ádám Szabó on accordion.

Thierry Frémaux grew up in Minguettes, a working district of Vénissieux close to Lyon. Each summer, he worked three shifts in a factory. At that time and in that milieu, it was seriously believed that anyone who had not done physical labour knew nothing about life. His father, an electrical engineer, ran a film club and from his childhood, Frémaux had two passions: judo for self-defence, films for everything else.

In his youth he studied social sciences and along with his fellow students he set up an independent radio station. In 1982, film critic Bernard Chardère and Maurice Trarieux-Lumière, grandson of Louis Lumière, founded the Lumière Institute, Lyon film museum. Frémaux applied to work there as a volunteer and in 1983 Chardère offered him a post. Later on, president of the Institute Bertrand Tavernier, the world-famous film director, proposed that he be its director.

“He resolved the problems of many years in just a single year. The book series at Actes Sud, cine-centenary (1995), restoration of Lumière films, in 2009 the festival was launched and a cinema was built. Since then, in October 110,000 cinemagoers enjoy black and white film classics for a whole week,” Tavernier said proudly.

Together, they promote Lumière films and Frémaux oversees their restoration. In 1999, he turned down the directorship of Cinémathèque française, preferring instead to stay close to his city and his work. In 2000, Gilles Jacob, legendary director of the Cannes festival, appointed him artistic director while still continuing his work at the Lumière Institute.

As an indication of his total devotion to film, he has never forgotten that when he first travelled to the Cannes festival at the age of 19, he never got to view any of the screenings. In Cannes, he slept in his car but even so was happy because he was actually there, at this great celebration of film.

He has headed the Cannes film selection since 2004 and been general director since 2007, with responsibility for content and organization. He has modernized while maintaining the character of the festival: American studios, genre films, animation have all been added, as well as documentaries. From 2002, digitally restored prints of film classics have been screened and the Cannes Classics section created a fashion from 2004.

He selected 114 of the 1400 Lumière motion pictures and then put the 50-second takes back onto the big screen in restored, 4K resolution. The compilation Lumière! The Adventure Begins (2016) does not run silently: Frémaux’s witty commentary transforms this important, historical material into a live, contemporary document. Footage ordered according to subject and the melodies of Saint-Saëns reproduce that ‘miraculous experience’ that audiences must have felt at the dawn of motion pictures.

His appearances and publications are characterized by a balance between commitment and professionalism. Two of his works are more personal: Judoka (2021) and his film diary Sélection officielle (2017). When André de Toth, the Hungarian-born Hollywood film director, arrived at the Lumière Institute, he rapturously declared: “This is the Mecca and Bethlehem of filmmaking!” To Frémaux, it is also Kodokan, where Kano opened the first Tokyo judo school in 1882.

For Hungarians, he is perhaps best known for launching the masterpiece of László Nemes, Saul fia (Son of Saul, 2015) on its festival career.

The 62-year-old Frémaux regularly cycles, he is open to all genres but rejects all (culture) political pressure. “Cannes is Cannes, the cinema is a screening hall” he has said in explaining why films of online platforms are not accepted for competition. He diplomatically parries the issue of quotas based on skin colour and gender. He is fully aware of how the internet changes film consumption habits but, with an arch smile, he makes an unambiguous reference to TV, video-DVD-blu-ray and other storage media when he says: cinema will outlive them all.

Cannes and cinema as a whole revived after the pandemic, for which he and his team did a huge amount. When he welcomed Léa Seydoux, he presented her with not only a bouquet of flowers but a book of poems by Anna Ahmatova. It is his conviction that the Seventh Art, film, is based on the other six. Film is all, cinema is life. When it comes to evaluating the quality of films, he leaves it to the most definitive judgement of all, that of time.

Lumière! The Adventure of Cinema Begins, film projection with live narration
14.09 18.30 Uránia National Film Theatre. Tickets can be purchased by clicking on the films page. 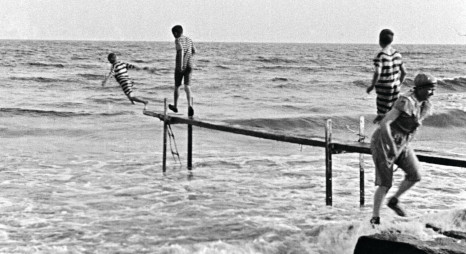 Lumière! The Adventure of Cinema Begins 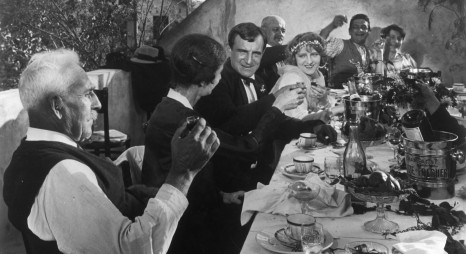