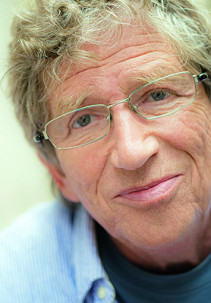 (1948, Budapest) Graduated as an actor from the Academy of Performing Arts in 1970 and has since been a member of the Vígszínház theatre company. As an actor he has played leading roles in many feature and television films, with his performances in Pál Sándor’s films being especially memorable. Since 1971 he has been directing and dubbing films. After several television productions he started directing feature films.