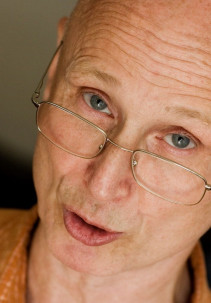 Andras Novak was born in 1948 in Püspökladány, Hungary. After finishing secondary school in Budapest in 1966, Andras began a career as a rock & roll singer and later as an amateur filmmaker.
From 1969 until 1972 he produced 4 short films, which won 5 national awards.
From 1973 until 1982, Novak worked in the fashion business as a designer and manufacturer of ladies-wear and apparel for men. From 1984 he travelled around Europe before studying vedic philosophy in Sri Chaitanya Saraswat Math and Navadwip Dham, India for three years.
In 1988 Novak returned to Budapest and established Sweetwater Publishing (Édesvíz Kiadó), the first esoteric book publishing company of its kind in Hungary. During the last 20 years Sweetwater produced over 900 books in the Hungarian language. Andras is the Managing Director and CEO of the company, the most successful publisher and distributor of mind-body-spirit books in Hungary.
Since 2002 Andras has a feature-length film in the script development phase, to commence in pre-production by 2010. The European-American cooproduction plays in Europe in 1985.
In 2004 Novak established a film production company, Neemtree Productions to develop and produce his own films. Up till 2010 Neemtree will produce 6 short films.
www.neemtree.net
Show more