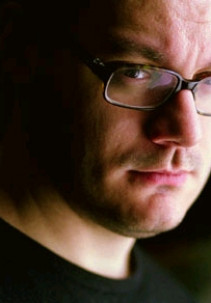 Bálint Kenyeres was born in 1976 in Budapest. After studying Philosophy and History and Theory of Film, he graduated at the Budapest Film and Theatre Academy in Film Directing in 2006.
From 2006 he is a member of the European Film Academy.

Teleplay / Tévéjáték (2000, BetaSP, colour, 15’)
Inspired by Harold Pinter’s The Lover, this short film plays with actors, acting and actor's direction. A film within a film where a simple situation can quickly become threatening and absurd.
(Film school exercise not submitted to festivals)