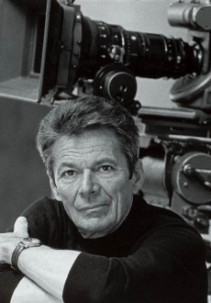 A native of Budapest, Elemér Ragályi studied his craft at the Hungarian Film Academy. During his 40-year career, he shot 100 features, including theatrical films, mini-series, TV movies, and documentaries. As one of the most prolific Hungarian cinematographers, he has worked extensively in North America and Europe. He is fluent in English and Hungarian.
A six-time winner of Critic's prize for Best Cinematography at the Hungarian Film Week, he shot numerous films that went on to win major awards at international film festivals, the Academy Awards, the Emmy's, and the ACE's.
He returned to the Hungarian Film Academy as a professor from 1982 to 1990. In Hungary he is also the recipient of Béla Balázs Award, Artist of Merit, Outstanding Artist, and Kossuth Award.
Mr. Ragályi taught a Master Course at the Hungarian Film Academy, along with renowned cinematographer Mr. Vilmos Zsigmond.
He directed two theatrical features and a documentary within the last three years.
Show more
2005: Miracle Film / Csudafilm
2006: Without Mercy / Nincs kegyelem
Show more