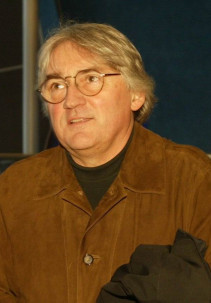 LAJOS KOLTAI A.S.C. is one of the best known directors of photography today as it is shown by his nomination for the Oscar in 2001 for the photography of the film Malena directed by Giuseppe Tornatore.
He has been working together with István Szabó for 23 years, during which time they have made 14 films. Koltai was the director of photography of the Oscar winning Mephisto  in 1981 as well as of three other films also directed by Szabó which have been nominated for the Oscar in the best foreign film category, Confidence in 1981, Colonel Redl in 1986 and Hanussen in 1988.

The most successful films Koltai photographed before 1984 are Time Stands Still, Adoption, A Priceless Day, Rain and Shine, The Princess, Angi Vera and Stud Farm.

Fateless, which is based on the novel written by Nobel Prize winner Imre Kertész, is his first feature film as a director.