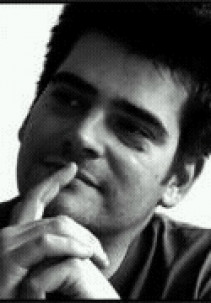 Born in 1973 in Los Angeles, Nimród Antal started his film studies at the Film Workshop of the Pasadena Art Center in 1991.
After moving to Hungary he studied at the Hungarian Academy of Drama and Film and graduated as a film director in 1995.
Kontroll was awarded the 23rd Prix de la Jeunesse presented in the "Un Certain Regard" section of the 2004 Cannes Film Festival and was Hungary's most successful film at the box office in 2003.
Kontroll is Nimród Antal's first full-length feature film. Following its international premiere in Cannes it has been screened at over 50 international film festivals and got 11 prizes including the Special Prize of the Jury in Sochi, Best Director and Best Cinematography in Copenhagen, the Audience Award in Warsaw and the Gold Hugo in Chicago.

In 2005, he moved back to Los Angeles to pursue success in Hollywood. His first American feature was Vacancy (2007), starring Kate Beckinsale and Luke Wilson. Its follow up, Armored (2009), with Laurence Fishburne, Matt Dillon, Jean Reno and Milo Ventimiglia from Heroes.