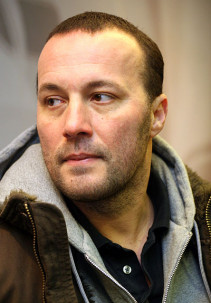 (1968)
After graduation in 1987, he worked on several diploma films, shorts and national/international feature films as production manager and director's assistant and as a member of the Positive Production Workshop based in Budapest.
Later he worked in the Netherlands where he directed four films and collaborated in several productions made by the students of the Dutch Film Academy.
In 2000 he received a grant from the Béla Balázs Studio and directed and wrote the experimental short film DOMINATOR 2000. The same year he was director's assistant of WERCKMEISTER HARMONIES directed by Béla Tarr.
He also made some 30 spots and video clips before directing his first feature film FEKETE KEFE (BLACK BRUSH) in 2005.