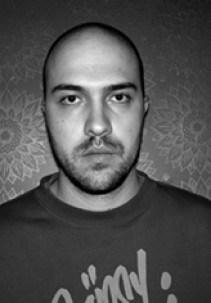 Independent filmmaker, DJ, actor, born in 1979.
He started his career as an actor in 1995, since then he is the part of the Hungarian theatre and movie scene. In 2001 he started to write and direct his own short films.
Paper Planes, a low budget movie, is his first feature film showing the everyday life of young Hungarians in Budapest, for which he got the Best First Film prize at the Hungarian Film Week in 2009.