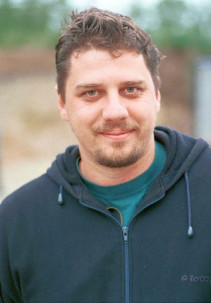 Attended the Media Department of the ELTE University in Budapest. Graduated from the Academy of Theatre and Film Art NoviSad in 2001 as a film director. He has made several experimental, short and documentary films and also worked as a stage director. Face Down / Arccal a földnek was his diploma film.