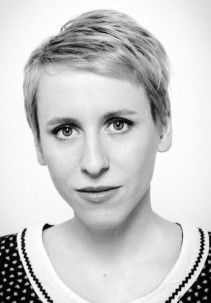 Virág Zomborácz (b. 1985, Budapest) completed her studies in scriptwriting and dramaturgy at the University of Theatre and Film Arts, Budapest in 2009.
In 2010 her short story, entitled Lonesome No More was published in the bestseller anthology Jungle in the Heart.
As a director she has made short films and video art pieces, including The Cats Role in French Literature, Dipendenza and Something Blue, presented at several international festivals. She also shoots commercials and has collaborated on the screenplays for television series for the Hungarian HBO.
Afterlife is her feature film debut, in 2011 the script won the MEDIA Talent Prize in Cannes.