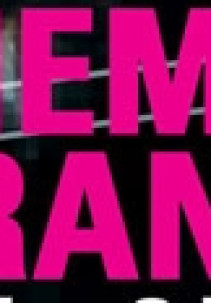 The various sections of CINEMA TOUT ECRAN unveils their programme of new works of fiction, with in the first place the Official International Competition which will present feature films produced for or by television, and whose artistic quality meets cinematographic requirements.
Cinéma Tout Ecran presents on big screen what has been produced for the small ones. It has this way opened a window on a field bustling with creativity which changes the boundaries between cinema and television, where the main points are the quality of the work and the singularity of the director.
Cinéma Tout Ecran is a festival looking for new films and new authors. Above all, it looks towards artistic quality of works made for television or cinema, the representation of the real through fiction and technological advances.
Cinéma Tout Ecran has therefore presented and awarded the following major works during its previous editions: Atom Egoyan's Gross Misconduct, Robert Guédiguian's Marius et Jeannette, Michael Apted's Always Outnumbered, Peter Kosminsky's No Child of Mine, Arturo Ripstein's Asi es la vida, Catherine Breillat's Brave Traversée.
The Festival sections:
The Official International Competition proposes between ten to fifteen films from around the world. The International Series, Collections & Long Dramas section proposes a world tour exploring the new TV-series. The International Selection of Short Films allows to discover new styles, news authors and new films among the best ones of the year. Both Nights of the Short Film constitute one of the friendliest event of the Festival and also an exceptional experience. The New Releases is a selection of the very new releases of the audiovisual productions proposed by the channels. The Swiss Competition allows us to take a look at the latest Swiss TV production.
In addition to that, the Major Film Directors on Small Screen pays tribute to an important author who has worked for cinema as well as for television.