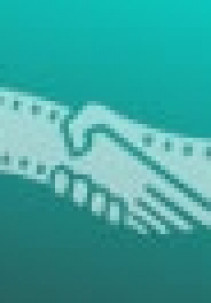 Established in 1981, the Hawaii International Film Festival (HIFF) is dedicated to the advancement of understanding and cultural exchange among the peoples of Asia, the Pacific and North America through the medium of film.
HIFF
Is the premiere international film event in the Pacific
Has won the praise of governments, filmmakers, scholars, educators, programmers and film industry leaders throughout the world.
Is the largest "East meets West" Festival in the United States,
Is the primary source for the discovery and exhibition of Asian and Pacific feature films, documentaries and videos in the nation.
Is an eagerly anticipated annual event for residents of Hawaii, as well as visitors to the state.
HIFF is unique in discovering features and documentaries from Asia made by Asians, films about the Pacific made by Pacific Islanders, and films made by Hawai`i filmmakers that present Hawai`i in a culturally accurate way.
Each year in preparation for the event, HIFF programmers view some 1,000 films and choose an average of 150 features, documentaries and film shorts. Among them are world premieres, North American premieres, U.S. premieres, experimental films, films representing social and ethnic issues, and first features by new directors.