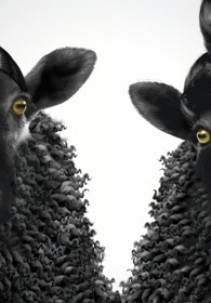 The !F Istanbul International Independent Film Festival takes place every year in Istanbul, Turkey. It shows full length feature, documentary and short films from all around the world, with a focus on new and innovative filmmaking. From 2008, it will feature a Competition titled "!f Inspired", open to full length feature films from around the world, to promote creative films that take cinema in new directions. An international jury consisting of five film industry experts will award a 15.000 USD prize in the category "Most Inspired Director".
!F Istanbul aims to:
Promote new and independent cinema from around the world, reward creative new directions in filmmaking, and in doing so, contribute to the production of new films that take cinema forward.
The !f Inspired Competition Section is open to films from around the world that are creative in their use of the medium, courageous in narrative and represent a new direction for cinematic expression.
The "!f Inspired" Award is for "Most Inspired Director" and is 15,000 USD.
In the event that the Jury so decides, they may decide to award a second film Special Jury Mention.