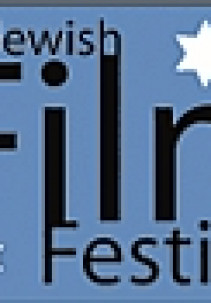 The festival was inaugurated in 1997 in Brighton, home of our founder members.

In addition to festival screenings, we have shared the diversity of Jewish experiences through:

Visiting directors and speakers after many thought-provoking films;
Making short films documenting the heritage of Jewish Brighton;
Holocaust education in schools with talks from survivors.

We recognise that film provides a global window through which to learn about Jewish
cultures worldwide and this is reflected in the diversity of our programming.

We network with other Jewish Film Festivals worldwide: these include the Jerusalem International Film Festival, and Jewish Film Festivals in San Francisco, Boston and Washington, Australia, and Berlin. More recently we have worked with Dr. Jack Weil to create the first Amsterdam Jewish Film Festival. In 2001, we responded to invitations to take the festival to venues across the UK, starting with the Curzon Soho, London, Aberdeen, Cambridge, Oxford and York. In 2002, Birmingham was added.

In 2003 we responded to additional invitations from cinemas in Bristol, Birmingham, Manchester and Glasgow and re-branded with a pilot project as the UK Jewish Film Festival, screening in eight venues across the UK, an amazing opportunity to take our eclectic and vibrant programme to new audiences.