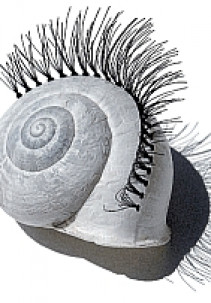 European Film Festival in Spain, founded in 2006.
The City of Segovia Festival of European Cinema (MUCES) is an annual cinema event which gives the wider public a chance to get to know quality European cinema. It also serves as a meeting point for cine professionals from all fields (producers, directors, distributors, actors, scriptwriters, critics, etc) and hosts other cultural activities relating to the cine world. Its main objectives are:

To offer the general public an opportunity to see European films which have not yet been commercially screened in Spain, but have been very successful with critics and audiences in their own countries or have won prizes either from their own film academies or at international festivals, and which are representative of the reality of the film world for different European nationalities.

To provide a forum for cine professionals to meet, promoting collaboration between them and stimulating joint projects and commercial relations, leading to the creation of a real market for European cinema.

A forum for debate and analysis of the real state of European cinema, as well as a meeting place for historians and scholars of the cine phenomenon in Europe and its impact on society over the years.

To promote cine-related cultural activities, such as exhibitions, concerts, literary competitions etc.
To enable the wider public, and particularly young people, to learn new ways of viewing, evaluating and experiencing truly European cinema.
The festival is from the outset an event of clearly international dimensions, with the firm purpose of disseminating European cinema. It constitutes a unique opportunity to see films of great quality, which rarely get distributed in Spain. At the same time it offers high-level cultural fringe events: a scriptwriters' competition, film-making workshops, exhibitions, talks, round-table discussions, tributes to European film-makers, courses, etc. – all of which have cinema in general and European cinema in particular as their common denominator.