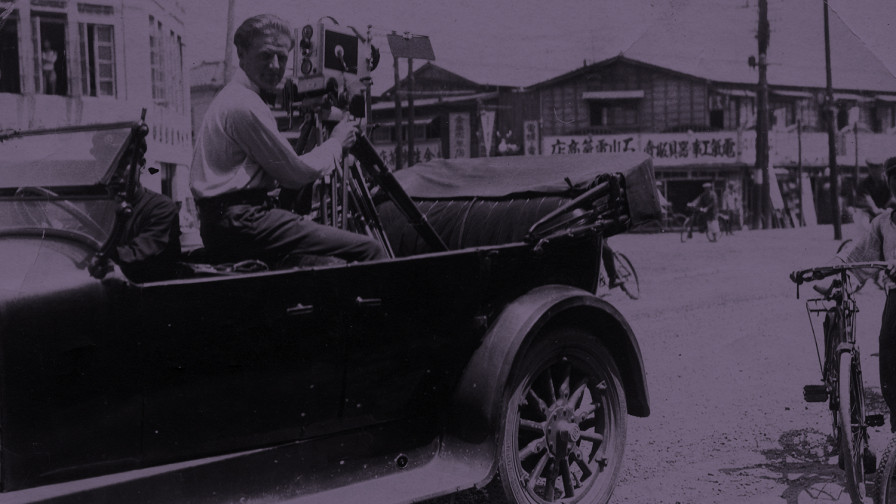 In the first 30 years of film history, film reels turned in cinemas without sound. Across the world, this was a period of extreme dynamism and productivity, yet very little has survived from this first golden age. One can pin the blame for some of the destruction on the increasing interest in ‘talkies’ and a lack of film archives. In Hungary, around 600 feature films were produced in these years, many involving the greatest figures of our film history. Just a handful of the several dozen films by the renowned Sándor Korda and Mihály Kertész have survived; in all, there are only some 50 works from the entire period between 1901-1931, and several of these are fragments only.

When the Hungarian film archive was established in 1957, a full 56 years had elapsed since the birth of the very first Hungarian film, A táncz, in 1901. This meant that the product of more than half a century of filmmaking had to be collected retrospectively. In the mid-1960s, our collection contained only 12 Hungarian silent films. Today, we look after 50 silent feature films and 35 fragments of feature films; this achievement is due to tireless collecting efforts and our increasingly wide system of international relations. We have tracked down 32 Hungarian silent films since the fall of socialism, although this is still very few considering the 600 or so films made during the age of silent movies.

At approximately 8%, the survival ratio of Hungarian silent films is below the international average (10–15%). Internationally recognized pioneers of the burgeoning Hungarian silent film industry such as Sándor Korda, Mihály Kertész, Pál Fejős, Géza Bolváry, Mihály Várkonyi, Béla Lugosi, Lucy Dorain, Maria Corda, Lya De Putty and many more later became illustrious figures of universal film history. It is a sad fact that only one of the films of Sándor Korda made in Hungary has survived (Az aranyember). There is not a single existing example of the Hungary films of Pál Fejős and Géza Bolváry, Béla Lugosi and Lucy Dorain can only be seen in one short section of film each, and the Hungarian films of Maria Corda and Lya De Putty are lost.

It was a near miracle when, in 2008, an early film by director of Casablanca Mihály Kertész, A tolonc (The Undesirable), turned up in the United States. This work, made in Kolozsvár (today, Cluj-Napoca) in 1914, is a unique piece of Hungarian and universal film history. An acting giant of the period, Mari Jászai, plays one of the lead roles, accompanied by contemporary movie stars Lili Berky and Mihály Várkonyi. The story of the Hungarian maid unjustly expelled is an adaptation for screen of Ede Tóth’s highly popular play, with screenplay by Jenő Janovics, former director of the Kolozsvár theatre. After several unsuccessful attempts, the film was completely restored in 2014, and it had its international premiere at the Lumière Film Festival in Lyon.

120 Most Wanted Film – Search for the lost Hungarian feature films