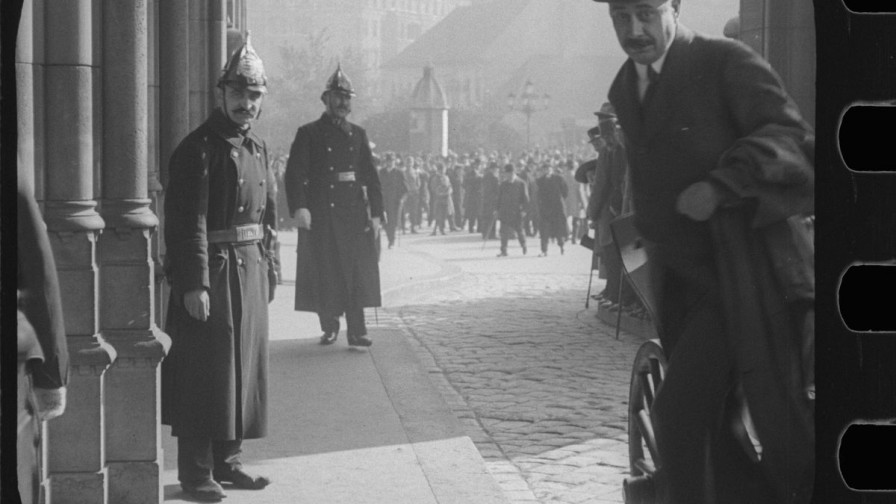 During the 1910s, regular newsreels starting in Hungary established a new genre. From this decade, beside the documentaries and newsreel-like reports of Kinoriport founded in 1913, ad hoc news features (newsreels of Schwarzenberg, Star, Corvin and Concordia film factories, and Pesti Napló from the late 1910s, early 1920s) represent the first Hungarian film newsreels that have survived to this day. Two short-lived newsreel series have survived in their entirety: 20 episodes of Est Film (September 1918 – March 1919) and 20 episodes of Vörös Riport Film from the period of the Hungarian Soviet Republic.

The first state-financed regular newsreel series was made in the studio of Magyar Film Iroda Rt. (Hungarian Film Office) established in 1923 within the framework of the Magyar Távirati Iroda (Hungarian News Agency), which appeared from February of the following year under the title Magyar Híradó (Hungarian News). In October 1931, having completed the 398th news report, the Hungarian Film Office switched to audio technique, thus making Hungary the fourth state in Europe (after England, Germany and France) to produce sound newsreels. As techniques modernized, so the news editorial principle was also updated: foreign events won half of the coverage in a segment titled Hungarian World News.

100-year-old newsreels – A reconstructed, narrated version of the 1918-19 film newsreel

Up until the end of the war, the media empire headed by Miklós Kozma and Zoltán Tőrey turned out 1084 newsreels and countless documentaries, culture films and cinema advertisements. It operated a well-organized film exchange department, which distributed a huge number of film recordings on Hungarian political events, celebrities and national feature programmes all over the world. Only very few of these news films covering two vital decades were lost, partly because of the abovementioned, and partly the legendary precise archiving system of the Hungarian Film Office.

Between 1945-48, in the years of the coalition, several companies produced newsreels. Magyar Központi Híradó Rt. (Hungarian Central News), legal successor of the Hungarian Film Office, made 10 episodes of Weekly News in 1945. After 1945, for a short time several parties (Smallholders, Social Democrat Party) also produced their own news, then in June of the same year Mafirt Krónika (weekly news of Magyar Filmipari Rt. /Hungarian Film Industry/) launched under the aegis of the Communist Party, of which 112 continuous episodes aired. From 1948, its role was taken over by Hungarian Film News, produced by Új Magyar Filmiroda (New Hungarian Film Office).

This year also saw nationalization of the film industry, the Magyar Filmgyártó Nemzeti Vállalat (Hungarian Film Production National Company) unified all branches of the film industry, and newsreels were also produced here. 55 were made in continuous numbering from these series, until March 1949. From April 1949, an annually renumbered 52 episodes of Hungarian Film News appeared weekly. Starting in 1950, Hungarian film newsreels were made in the Magyar Híradó- és Dokumentumfilmgyár (Hungarian News and Documentary Film Factory) all the way to 1991 (with the exception of the period between the end of October and December 1956, when newsreel production was suspended).

Beside weekly news, in the last few decades themed series (for example, sports news, world news, youth, county and mining news) and special editions were also prepared. However, we store the latter among documentaries. Foreign news can also be found in the archive alongside Hungarian-edited material (the majority being Soviet, but also German, French, American, Korean news episodes).