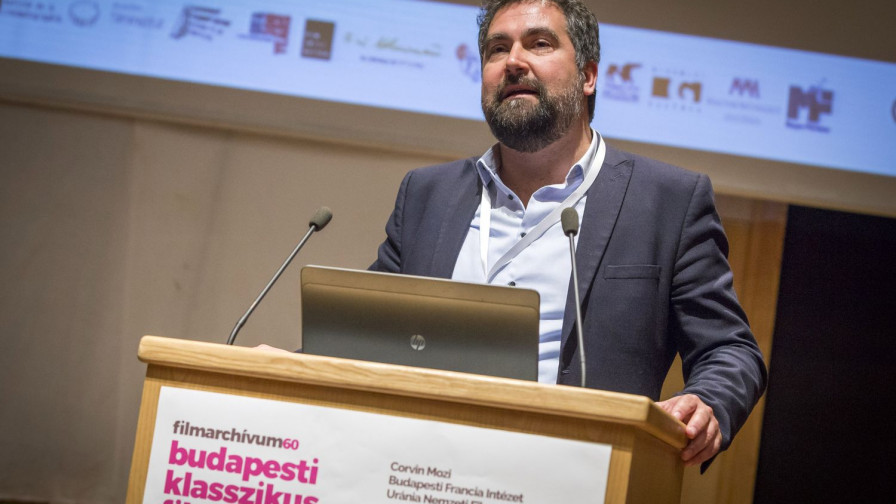 2017 for the Hungarian Film Archive

Q&A with György Raduly, director of the Hungarian Film Archive.

The Film Archive was reorganized within the framework of the Hungarian National Film Fund exactly a year ago, and this is when the National Digital Film Restoration Programme was announced. What has been achieved in the first year?

RGy: We are digitizing and restoring 25 films a year, in cooperation with the Hungarian Filmlab and with the involvement of the Hungarian Society of Cinematographers (HSC). We have managed to save and restore the 70-year-old Valahol Európában (Somewhere in Europe), the first international success of Hungarian filmmaking after WWII. The film has been under the protection of the United Nations since 1948. Its nitrate print was in an extremely poor condition.

Zoltán Fábri, one of the most successful Hungarian film directors (Moscow and Berlin Festival winner, nominated for the Palme d’Or three times and twice for an Oscar), would have been 100 years old in 2017, which is why we launched the systematic restoration and DVD special edition of his lifetime work. We have also restored the first film by Ildikó Enyedi, Az én XX. századom (My 20th Century), which became much sought-after in the wake of the international hit Testről és lélekről (On Body and Soul) and we launched the restoration of the complete Hungarian oeuvre of István Szabó.

What sort of plans for digitalization do you have in the near future?

RGy: Over the next five years, we would like to fully restore in 4K the most significant works of the oeuvres of Károly Makk, Sándor Sára, István Szabó, Béla Tarr, Márta Mészáros, Zoltán Huszárik, Miklós Jancsó, István Gaál, Marcell Jankovics, Gyula Macskássy, Sándor Reisenbüchler, as well as some other works. The new Film Archive made its first public appearance at the Budapest Classic Film Marathon in November. How was the event received?

RGY: The Budapest audience watched newly restored Hungarian masterpieces and special works with a Hungarian relevance from European archives at 38 screenings over three days. The professional programme covered topics on the preservation and restoration strategies of Hungarian and European film archives. It was extremely encouraging that nearly 5000, including very many young people, were interested in the programmes and screenings. We have decided to organize the Film Marathon annually. Other than Hungarian films, we also presented films from other countries that were related to Hungarian creators, such as Red Shoes directed by Emeric Pressburger and Play Dirty directed by André de Toth.

The Film Archive celebrated its 60th anniversary in 2017. What other special events were staged for the jubilee?

RGY: To conclude the anniversary, we made a package of 60 films including restored classics and rare documentaries available for free on our video sharing channel in December. Although the cinema is the true home for films, we have to acknowledge that film consumption today is largely online. More than 750,000 people clicked on our films, thereby proving that there is huge demand for archive films in this form as well.