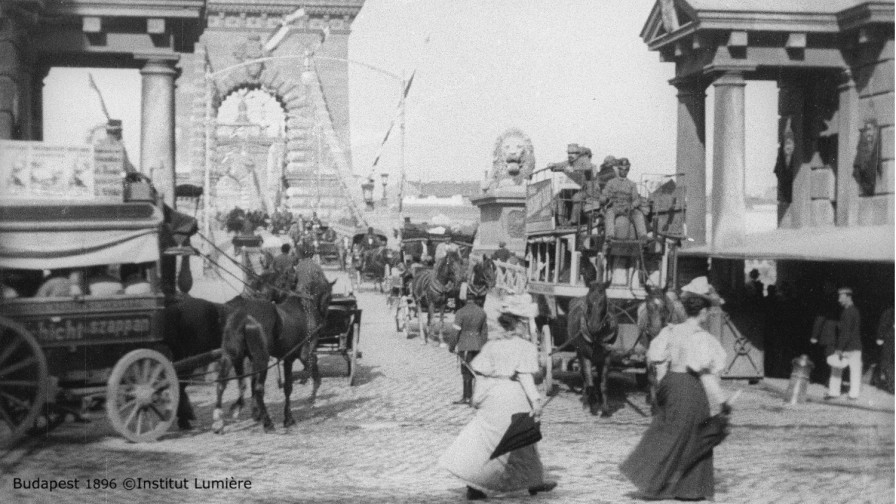 Budapest hosting Congress of the International Federation of Film Archives

After 60 years, Budapest is once again the venue for the Congress of the International Federation of Film Archives (FIAF) between 24-29 April 2022. The Hungarian National Film Institute is host of the event.

The congress, in which Budapest is introduced as a ‘film capital’, is also significant from a tourism point of view: it attracts several hundred film experts from all over the world.

“The FIAF Congress in Budapest is the perfect opportunity for us to focus international attention on the Hungarian film heritage and our work carried out to preserve this heritage. For the first time, the preservation of film has been included in the fields of cultural strategy, thereby lending weight – in accordance with its significance – to the protection and widespread dissemination of the national film asset. The congress is also vitally important from the aspects of strengthening international collaboration and mobilizing the global search for our motion picture treasures,” stressed György Ráduly, director of the National Film Institute – Film Archive.

The preservation, digitization and distribution to the general public of non-feature film collections is a central topic of the FIAF Congress in Budapest. Even though the quantity of newsreels, experimental films, shorts, animations, ethnographic films, commercials, institutional films and private films in the majority of film archives around the world far exceeds feature film collections, they receive much less publicity, even when their value as cultural-historical documents of a given period is openly acknowledged in professional circles. Despite considerable efforts made by audio-visual archives worldwide, a significant proportion of these types of motion pictures remains invisible. The congress intends – through presentations given by international experts – to provide participants with answers about how it is possible to make this extraordinarily diverse motion picture heritage more effectively accessible to the general public and professional users.

There is huge interest in the congress, the first to be organized since the pandemic. A total of 240 experts from more than 100 film institutes are arriving in Budapest from all corners of the world, including senior staff of European, American and Asian film archives. International universities and professional exhibitors are also taking part.

Uránia National Film Theatre, the symbolic birthplace of filmmaking in Hungary, hosts the congress. Here, a screening programme is linked to symposium lectures. This will be the opportunity to see, for the first time, A munkászubbony (The Workman’s Overall) digitally restored by NFI – Film Archive and Filmlabor, which was discovered in Amsterdam’s EYE Filmmuseum in 2017. The 39-minute silent movie dating from 1914 is the only surviving film of Gyula Hegedűs (1870-1931), one of the greatest actors of his age. The conference audience get to view it with musical accompaniment by Jazzical Quintet. Among the presentations is one by Galina Torma, member of staff of the National Film Institute – Film Archive, in which she details efforts at identifying, reconstructing, digitizing and publishing Hungarian newsreels going back more than 100 years.

The International Federation of Film Archives (FIAF) was established in Paris in 1938. Currently it has a total of 170 members from 79 countries. The organization formulates guidelines and recommendations for the preservation, restoration and public distribution of films, both in theory and in practice.

Since its foundation in 1957, the Film Archive has been a member of the international body. Budapest hosted the FIAF Congress in 1961. That year marked the 100th anniversary of the birth of French film pioneer George Méliès and the Budapest congress was conducted in the spirit of this centenary. The director’s daughter and grand-daughter also attended the event.

Director of the National Film Institute – Film Archive György Ráduly has been a member of the board of FIAF since 2019.