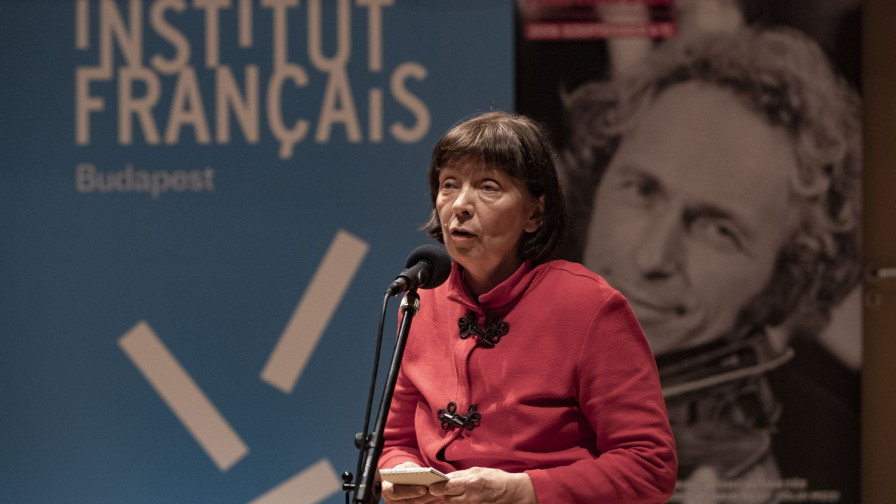 Our beloved colleague Gyöngyi Balogh died on 25 March 2021, in her 71st year, having courageously endured a lengthy illness.

Gyöngyi Balogh was born in Öcsöd in 1950. In 1971 she completed the Debrecen Teacher Training College, and in 1975 she graduated from the humanities faculty of education at ELTE University. She joined the Hungarian Film Archive in the early 1980s, where she quickly found her true metier and, as the fruit of decades of intensive research, she became one of the foremost experts – even in a global reference – of silent film.

It is due to her sustained work that, whereas in the mid-1960s we had just 12 Hungarian silent feature films in our collection, today we are the guardians of more than 50 silent feature films and 35 feature film fragments. As the most eminent expert of pre-1945 Hungarian film history, she gave us an accurate understanding of the era of Hungarian silent motion pictures and its greatest exponents such as Jenő Janovics, Sándor Korda, Mihály Kertész and Pál Fejős. Through her endeavours, the early silent films made in Hungary by, for example, Mihály Kertész (A tolonc – The Undesirable, Az utolsó hajnal – The Last Dawn) survived. Today, they are the restored pride of our collection and favourites of international festivals. She was author and co-author of numerous screenplays as well as books and articles on the history of film (The History of Hungarian Feature Films from the Early Days to 1990; Illustrated History of Kolozsvár Filmmaking from 1913 to 1920; “Csak egy nap a világ...”: genre and stylistic history of Hungarian film, 1929-1936). In the final years of her life, she returned to the Film Archive in order to assist our work and pass on as much of her vast repository of knowledge as possible. She was indefatigable in constantly helping the work of Hungarian and foreign researchers and experts of film archives. She was a selfless and generous colleague who believed absolutely in the younger generation carrying on what she had started. With her death, the archive and film science have suffered an irretrievable loss.

Beyond her professional merits, she was a truly good person to whom everyone turned with affection and who induced a good mood in everyone. She managed the question of illness and mortality with great character. We had much to learn from her in this respect as well. We will miss her enormously.