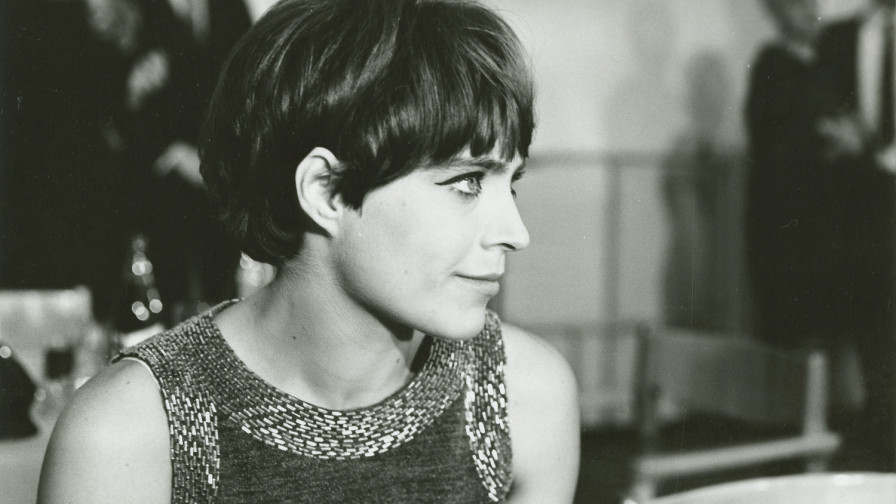 With a retrospective consisting of 10 films restored by the National Film Institute - Film Archive - Hungary, Bergamo Film Meeting pays homage to the innovative gaze of Hungarian director Márta Mészáros who, though her militant filmmaking, has given voice to strong and complex women portraying the reality and historical memory of his country.

«An independent woman – one who finds herself in a situation where she must make a decision on her own – is the central character in each of the pictures I have made so far»
(Márta Mészáros, Hungarofilm Bulletin, 1976 No. 2.)

Márta Mészáros occupies a unique position in Hungarian and world film history. The director, Kossuth and Prima Prize laureate, winner of awards at the Berlinale, Chicago, Cannes and many other international film festivals, is in herself a historical legend. Together with her contemporaries Agnès Varda, Larisa Shepitko e Věra Chytilová, she ranks as one of the most significant female authors in the world. She is the first Hungarian woman to be awarded a diploma in film directing, she has dedicated her movies to depicting the lives of women (their identity, deviance, female rebelliousness, erotic intimacy and Hungarian history of Stalinism), and her directorial debut attracted global attention.

Even as a young child she had struggled with being orphaned, with hunger and the vicissitudes of history. She was born in Budapest in 1931. Her father, the avant-garde sculptor László Mészáros, in fleeing fascism moved the family to Kirgizia, where on the outbreak of World War II he fell victim to Stalin’s purges. Her mother also died. She was placed in a Soviet orphanage and only returned to Hungary after the war. Between 1954-56 she studied at the film academy in Moscow and until 1968 she made Romanian and Hungarian documentaries. These autobiographical motifs inspired the Diary series that garnered considerable international acclaim.

She has directed feature films since 1968. In fact, her very first full-length film, The Girl. In Don’t Cry, Pretty Girls, Riddance, Adoption, Nine Months, and The Two of Them Márta Mészáros depicts – in a non-judgemental way and with puritanical unaffectedness – that process whereby something great and simple happens in the life and relations of her self-aware, seeking-rebellious female protagonists, forcing them to make decisions. These films were instant international hits.

Márta Mészáros won a Golden Bear at the Berlinale (for Adoption, 1975) being awarded to a female director and also Hungarian director for the very first time in the history of the Berlinale. Nine Months took an OCIC prize at the Berlinale and a FIPRESCI prize at Cannes (1977), and this opened the way to international coproductions. These films of Mészáros differ from those of the “Budapest School” that developed in parallel with her career in that she doesn’t concentrate on the social background, showing only as much of the microclimate as is psychologically necessary.

The Heiresses made in a coproduction reveals a historical background behind remarkable love triangle relationships. Then came the Diary tetralogy, of which the first, Diary for My Children, won the Grand Prix Speciale du Jury at Cannes (1984). The director with 30 feature films and numerous documentaries to her name also made a movie, Unburied Man (2004), about Imre Nagy, the leading figure of the 1956 Hungarian Revolution. Her latest film, Aurora Borealis (2017), which has been recognized with several international awards, looks back to the Soviet occupation of Vienna through an unusual mother-daughter fate.

In collaboration with National Film Institute - Film Archive - Hungary. With the patronage of Istituto Balassi - Accademia d’Ungheria in Roma and Consolato Generale di Ungheria in Milan.

Scheduled to take place from 7 to 15 March, the Festival will also present 7 feature films in first Italian showings in the Competition-Exhibition section; 15 documentaries in the Close-Up section; the exploration of contemporary European cinema, which will focus on the works of João Nicolau (Portugal), Rúnar Rúnarsson (Iceland) and Danis Tanović (Bosnia and Herzegovina), and will be complemented by Boys & Girls. The best of Cilect Prize and by Europe, Now! Film Industry Meetings, a brand new and all-European industry section (March 13th and 14th 2020); a retrospective dedicated to Polish director, screenwriter and actorJerzy Skolimowski, one of the world's most prominent and original figures in contemporary cinema; a tribute, accompanied by the exhibition Gwen, le livre de sable, to master animator Jean-François Laguionie; a tribute to Malcolm McDowell; the passing of the torch between BFM and Bergamo Jazz; the Kino Club section, for young viewers; along with a diverse array of previews and events made possible thanks to a network of collaborations with the most active local cultural institutions and enterprises of the territory.

Bergamo Film Meeting will officially open its 38th edition on Friday, March 6, 9:00 pm at the Teatro Sociale in Bergamo, with the film THX 1138 by George Lucas live-scored by the Asian Dub Foundation, in first European showing.