The audience of the 2017 Berlinale celebrated a new film by Ildikó Enyedi. She’s return after 18 years was magnificent. On Body and Soul won its first international award, the Golden Bear, in Berlin. After this film’s nomination for the Academy Awards, the Berlinale presents yet another of Enyedi’s works.

In 2018 the Berlinale Classics will present the Hungarian director’s debut film, My 20th Century (1988), which has been digitally restored.

Enyedi took the international world of film by storm with My 20th Century. In 1989, it won the Caméra d'Or in Cannes, and it was among the best 10 films of the year according to The New York Times. The film was celebrated everywhere for its fresh voice, original form and outstandingly unique viewpoint that goes beyond international film trends and which has since become Enyedi’s signature style. Critics regard the film as sharp and observant, full of magical humour, a film of radiant power; even Fellini was referenced in relation to her work: “My 20th Century, photographed by Tibor Máthé, must be one of the most handsome black-and-white films since Federico Fellini’s 8 1/2. It is also enormously good humored.” (Vincent Canby)

Buster Keaton puts his head into a cannon while trying to light the fuse with a torch to kill himself. With this symbolic burlesque, Enyedi paints a picture of how she sees the world in the prologue of My 20th Century. She then goes on to tell a story of the century of light with the deliberate naivety of silent films: a story that takes place between Edison’s two inventions, the light bulb and the telegraph. Enyedi turns her eyes upon the bright and spectacular light that is the Exposition Universelle of 1900, the time and place in history she feels mankind should travel back to and start all over again, preventing the horrors and self-annihilation of the coming century.

Enyedi took the international world of film by storm with My 20th Century (photo: István Jávor)

“The world that God created is wonderful, and humanity is wonderful for having now learnt how to shape it,” says Edison in the film when releasing the telegraph that changed communication forever. In this scene, the history of the telegraph appears as light: the news goes around the world as the sun moves across the horizon. This postmodern masterpiece uses light, the song of the stars, and the style of silent films at the birth of cinema, to give an encyclopaedic explanation for where the 20th century went wrong and humanity forced itself into the war trenches. We follow the romantic adventures of the immoral impostor, Dóra, and her sister, the anxious anarchist, Lili, who were born from a star and separated when they were children. As we see from their story, roles and principles are unsuited to guide a person in life. However, even at a time when modernity goes wrong, Enyedi shows us the miracle of life that lives within us all.

Enyedi shows us the miracle of life that lives within us all (photo: István Jávor)

The sisters (Dorotha Segda) meet the cosmopolitan scientist Mr Z. (Oleg Yankovsky) who experiences the totality of WOMAN as ideal through them, not realising that they are not one but two separate people. The misunderstandings that follow are typical of burlesque and create the opportunity to showcase the major philosophical streams of the age. Both girls are forced to assume a role. Dora sleeps with rich men while travelling on express trains and luxury liners, while Lili hands out flyers and plots a bombing. Lili complains to Mr Z. about men and Otto Weininger’s sexist lecture, while he helps her climb through a wall. Mr Z. confesses he loves Lili, but she can’t hear him through the wall now, as she is off to blow up a cinema - the very same one Mr Z invited her to. We see a powerful scene of people running out of the cinema while the films still go on, on 16 screens next to each other.

In the next ironic chapter on romantic relationships, Mr Z. gets revenge on the virgin Lili for what Dóra did to him. Dóra stole Mr Z.’s money while they were making love on a luxury liner. Mr Z. gives way to his own anger, he punishes Lili, who already feels guilty over the bombing incident. Every scene plays to the extremes in every sense, and its most powerful tool is the face of the actor. Cinematographer Tibor Máthé brightens Dóra’s surroundings and Lili’s eyes.

Most powerful tool is the face of the actor (photo: István Jávor)

All principles, just as the characters’ assumed roles, fail: Lili brings herself to blow up a living person, Pavlov’s wired and conditioned dog is being watched over by the stars who help it escape so that it, too, can see the world. From the dog to the chimpanzee kept in a zoo for being ‘too curious’, every little episode of the film is a satire of people who crave knowledge and put on acts. Compared to this, everything is cheery and colourful from dandelions and bees to donkeys. It is the animals, from snails to donkeys, who are wise, not people - and so it is in all of Enyedi’s films. It is the donkey that leads Mr Z. away from the crucifixes of a mythical crossroad into the maze of mirrors, which is the unforgettable symbol of the many faces of truth and illusion. Here, Dóra, Lili, and Mr Z. finally all meet. We realise that nothing is what it seems, all things exist through interpretation only. The epilogue, a beautiful canal shot in Cuba, is pure philosophy in itself: return to the roots, where water and sky meet, where all stories become weightless.

It looks at the century from an ontological point of view (photo: István Jávor)

Enyedi’s first film is an outstanding fall-of-socialism black-and-white movie, similar to Béla Tarr’s Kárhozat (Damnation) or György Fehér’s Szürkület (Twilight). It is only similar to these two films in that it looks at the century from an ontological point of view. However, both in My 20th Century, and in her later films (Bűvös Vadász /Magic Hunter/, Tamás és Juli /Tamás and Juli/, Simon magus /Simon Magus/, On Body and Soul) she is more a chronicler of the wonders of life than one of destruction. It’s not surprising, therefore, that the film’s working title was ‘The World is Wonderful’. In all her works, we can feel Enyedi’s loving empathy towards all living beings, and her understanding of life’s horrible banality. With the help of a donkey or two deer, we can stop for a moment to peer into another person’s soul with our undivided attention. This, after all, is the most one could give and receive.

The full digital restoration of the film was carried out in 2017 by the Hungarian National Film Archive and Filmlab, in the frame of the Hungarian Film Fund’s film digitization and restoration program, using the original material, in 4K resolution, with the participation of DOP Tibor Máthé. 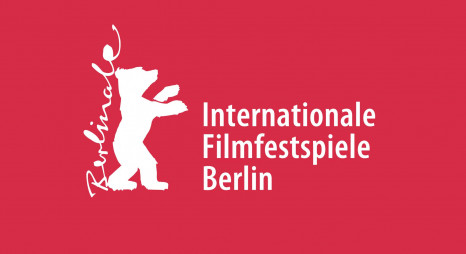