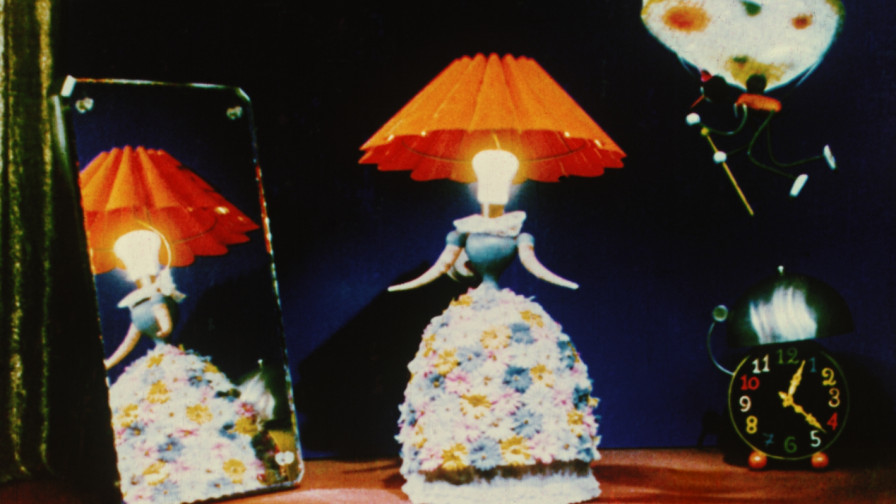 Within the framework of the National Film Institute’s long-term film restoration and digitization programme, in 2021 a whole series of popular cartoon and puppet animations by Gyula Macskássy running in total for approximately five hours will be restored. The aim is to make the oeuvre of the director, known as the ‘father of Hungarian animation’, available in 4K resolution on the 110th anniversary of his birth, in 2022.

Incandescent Love, his film launching this project, was digitized using a special method on the new film scanner of the Film Archive. The newly restored commercial made using the so-called Gasparcolor technique was invited to the online screening programme of AMIA (Association of Moving Image Archivists), an international professional organization set up to help preserve and make accessible the moving image heritage. The film’s international premiere was held on 19 November at the AMIA Archival Screening Night programme. In the selection, the world’s film archives presented their latest acquisitions and spoke about the challenges attending archiving, digitizing and restoration. This was the first time ever that the Film Archive had participated at the AMIA event, where the audience enthusiastically received the Hungarian commercial and a presentation on digitization.

"The Association of Moving Image Archivists is thrilled that the Nemzeti Filmintézet - Filmarchívum contributed to our Archival Screening Night for the first time. They are one of the preeminent archives in the world and the Hungarian reputation in world cinema is one of undeniable artistic brilliance. Their restoration of Incandescent Love from the 1939 Gasparcolor print was astonishingly beautiful and was a highlight of the entire conference." (Dennis Doros, President of the Association of Moving Image Archivists)

VIDEO on the restoration project:

The puppet commercial entitled Incandescent Love was one of the distinctive works from the Coloriton studio. It was made in 1939 for Tungsram, manufacturer of electric light bulbs.

Many other valuable film rarities made on the commission of Tungsram are to be found in the collection of the National Film Institute’s Film Archive and the Tungsram archive. The two institutions intend to sign an agreement on the processing, restoration and presentation of these works. Very few people know that the career of Cannes laureate Gyula Macskássy did not actually begin with the post-war popular fairy tale film A kiskakas gyémánt félkrajcárja/The Little Rooster’s Diamond Halfpenny (1951). The fact is that the ‘father of Hungarian animation’ was already making cartoon and puppet commercials to a world standard in the 1930s. Gyula Macskássy’s Coloriton studio, founded in 1932 together with János Halász, who became a world name later on as John Halas, and Félix Kassowitz (grandfather of the renowned French director-actor Mathieu Kassovitz and caricaturist who later became famous as Kasso), as students of Sándor Bortnyik, maintained close relations with the European avant-garde. They soon started using Gasparcolor colour film technology, which was also employed by famous artists such as Oskar Fischinger in Germany and the USA, Len Lye in the UK, Alexandre Alexeieff and Berthold Bartosch in France, and Hungarian-born George Pal in the Netherlands and the USA. Not only was the restoration of this film special, but its origin, too. The three-layered raw material technology, so-called Gasparcolor, was invented by a Hungarian chemical engineer, Béla Gáspár, in Berlin in 1931. Later on this became the basis for the world famous Technicolor technology.

FILMIO offers old commercials as well as short films by Gyula Macskássy, Pencil and Rubber, Duel and The Bars, which are available along with many other gems of Hungarian animation.