We inherited a year's worth of news footage recorded during the 1918/19 Revolution. The copies were seized from the lab by the Horthy police after 1919, several prosecutions were based on these images and they served as evidence in finding out about people's acts and whereabouts during the Revolution. All the Az Est Film and Vörös Riport Film reels became investigative material and ended up in the criminal archives after the cases were closed.

From August 2018 until July 2019, the 100 year old news will be available on this page. News relevant to the current week will be uploaded each week, so we suggest checking the website on a regular basis, not to mention that all videos can be embedded or shared. This is the first time for historians of the Archive to connect the news reports with their corresponding newspaper articles, which allows them to explore details no one ever could before. As most of the reels' historical background disappeared with time, the Film Archive now attempts to narrate the silent reels to (re)reveal all the forgotten stories, so we could learn why people were waiting in line on Károly körút for silk on the summer of 1918, how the city was trying to solve the housing problem, why the Baby Theatre's child star tried to kill himself and what happened to the 8 year old boy, who put his hand in the hyena cage at the zoo.

It is much more rewarding to conduct a thorough research now that past articles are available in digital form. By going through the interlinked archives we were able to define the reels' location and time, and identify people by name, which would not have been possible without the Hungarian National Film Fund and Film Archive's digital restoration program. Besides 40 known news reels, we also scanned deleted scenes of the news from never-before-seen negatives we found while rearranging the warehouse. The 2 hour unsubtitled medley will be uploaded to the Film Archive's website, as there might be others who could join the research by recognizing faces and places, and help us reveal how Hungarians lived in the past century.

These images shot exactly 100 years ago on November 16, 1919 in Budapest are one of the most important moving image documents of 20th century Hungarian history. 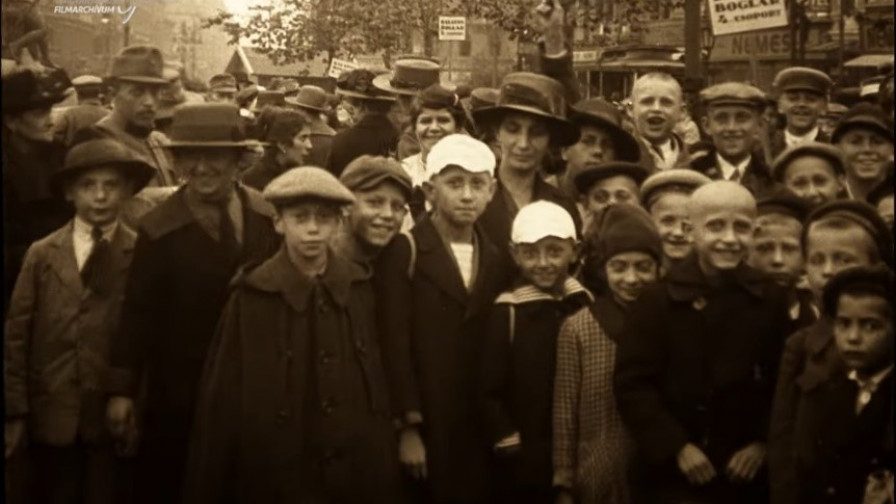 The proletarian revolution failed on August 1, 1919 and the Republic ended. However, the last episode of Vörös Riport Film news still reported on victory and happiness. 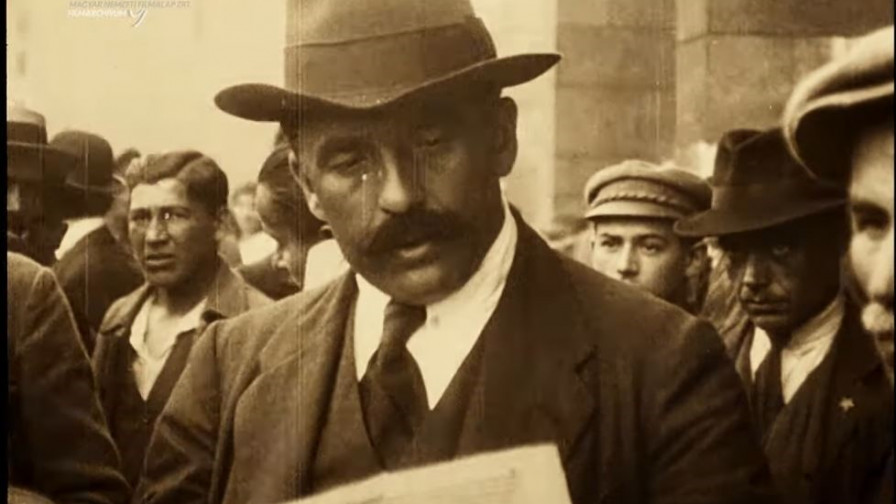 Although the Soviet Republic was close to collapsing, Vörös Riport Film's propaganda news was still trying to suggest the opposite. 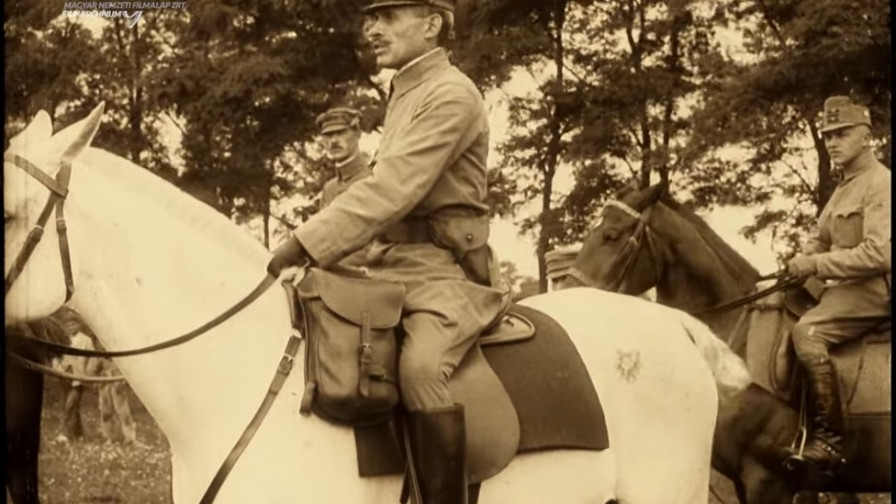 After accepting the Entente's order, the Red Army was forced to withdraw from most of the territories they occupied during the Northern Campaign, which had a dramatic effect on the soldiers and the of... 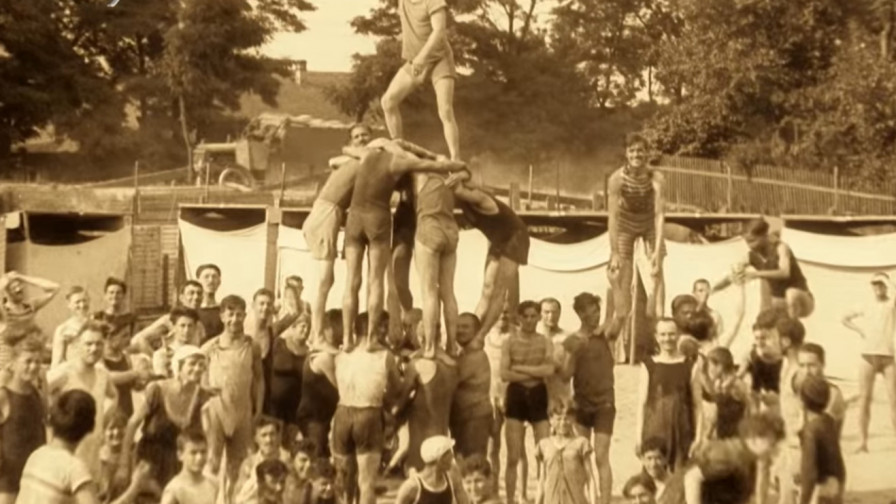 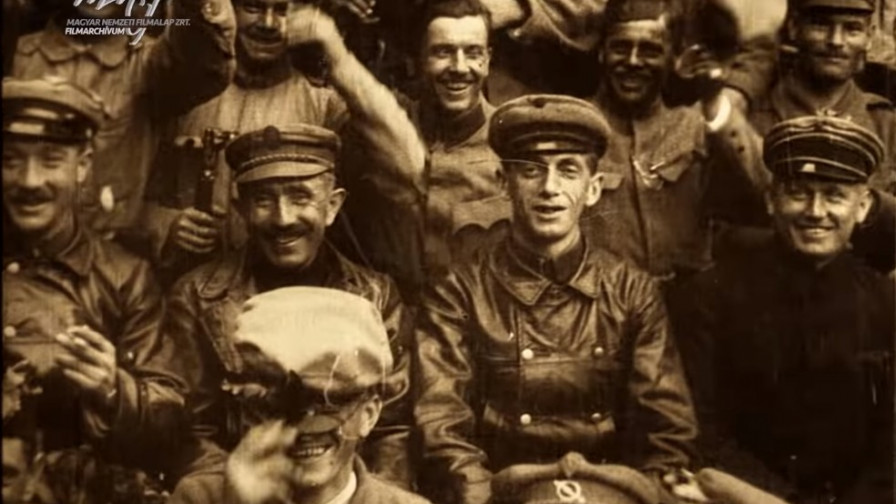 By summer, people were becoming more and more disgruntled and started attacking the Soviet Republic's system on several fronts. The tension led to an armed conflict in Budapest by the end of June, mad...

While the Governing Council was planning to celebrate the successful battle for Kassa, the Entente warned them to stop the attacks. 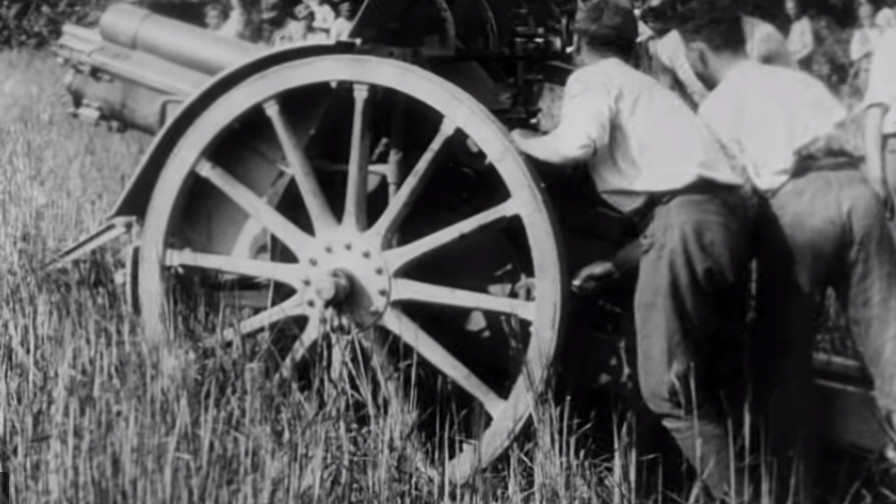 The Campaign, which started on May 30, 1919 was a real success story for the Hungarian Soviet Republic and the new age of Hungarian military history. But soldiers fighting on the front would have neve... 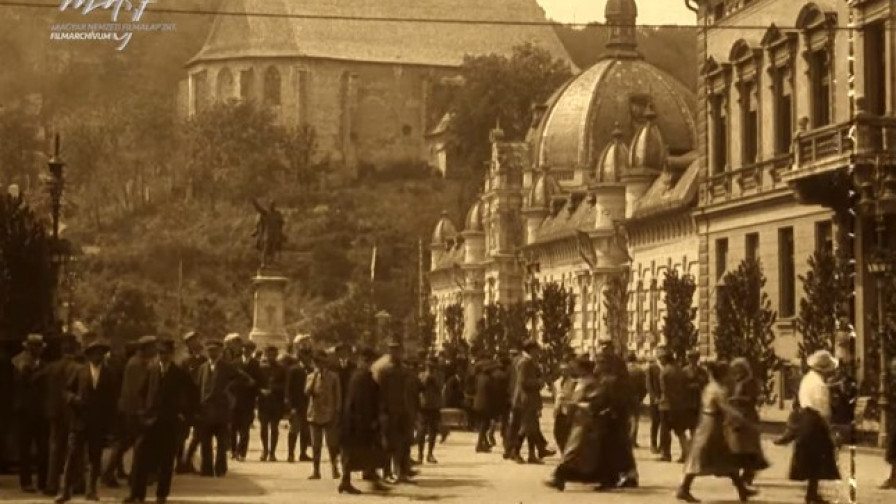 On May 21, 1919 the workers-reinforced Red Army successfully recaptured Miskolc from the Czechs, which they occupied for almost three weeks. 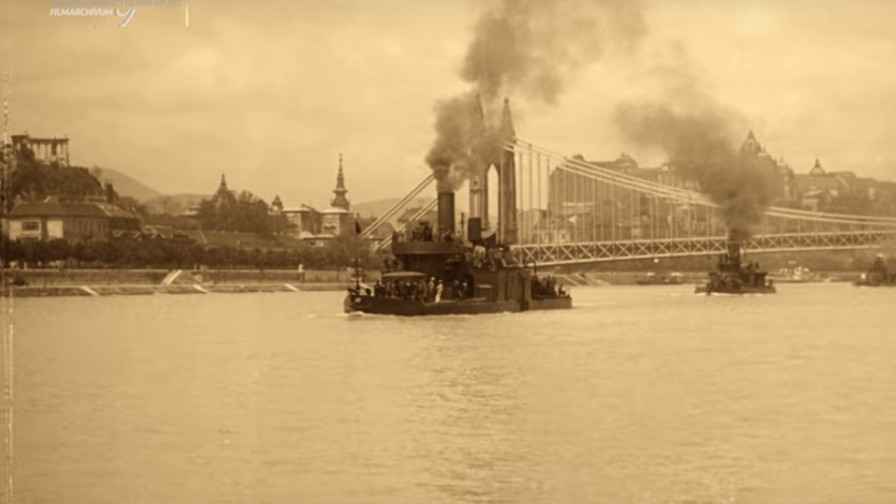 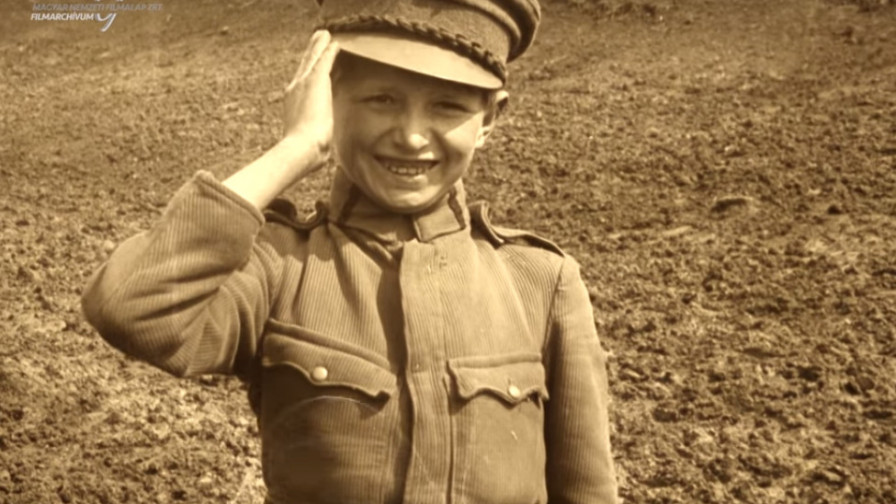 Hinting on ex-Defense Minister Béla Linder's infamous line („I never want to see another soldier again!”), after the May 1st crisis the Proletarian Dictatorship was heading towards the opposite direct... 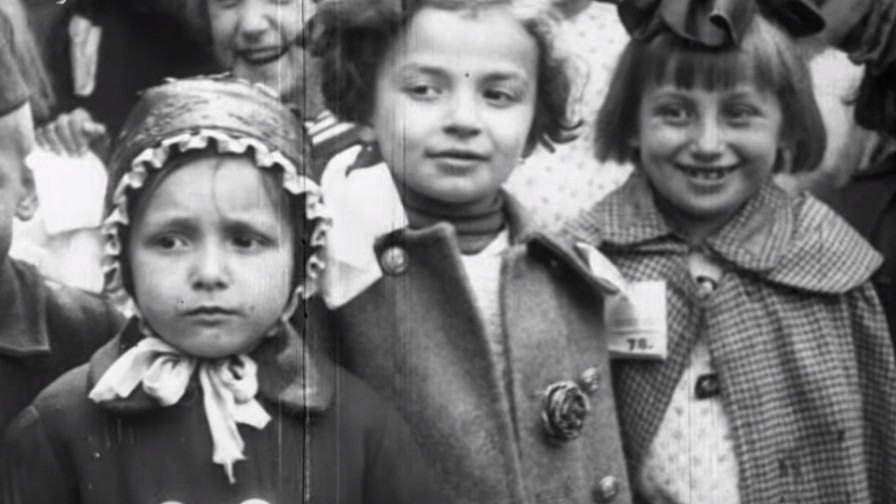 The grandiose 1919 May 1st celebrations were one of the biggest events of the decade.

On April 8, 1919 a decision was adopted, making it mandatory for all healthy ex-servicemen factory workers to join the reserve army of laborers. Inspection of the eight regiments took place on April 2...

While the Governing Council made several measures to help people in poverty, Romanians violated the armistice treaty and attacked Red Army troops at the Transylvanian border. The propaganda film machi... 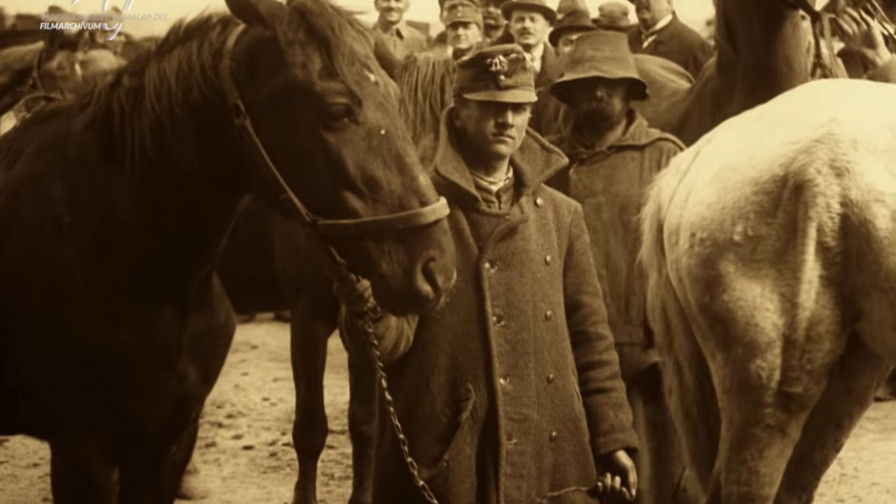 The Dictatorship of the Proletariat mourned the loss of Lóránd Eötvös, the military commissary confiscated all the country's horses for the Red Army, ordered all shops to sell their stocks and gave Ma... 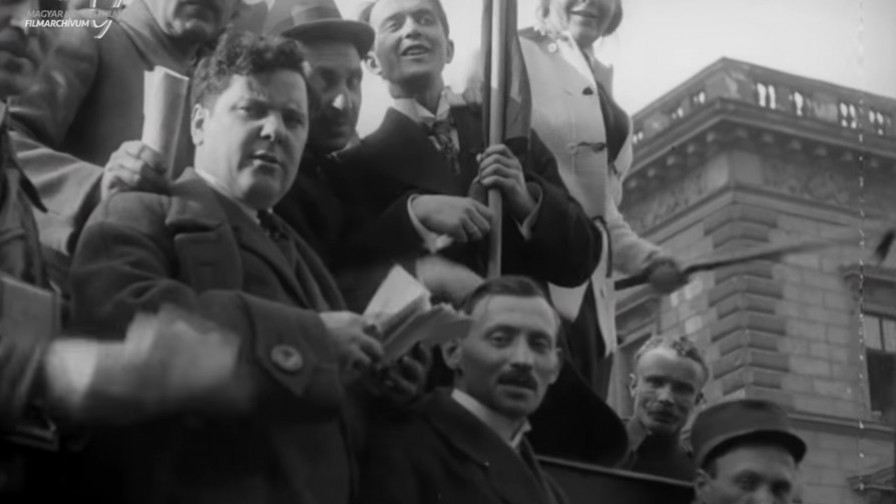 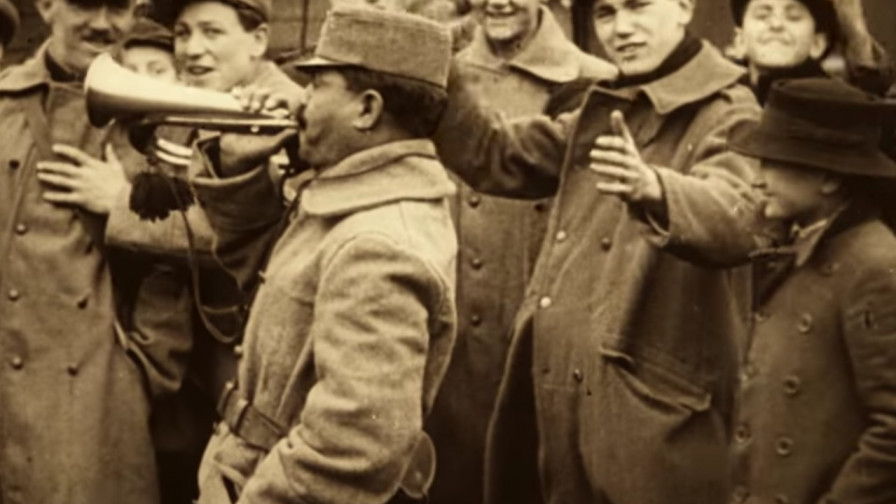 The Hungarian Soviet Republic's most important and urging task was to build a self-conscious, combat-worthy proletarian army to fight the invading Western capitalism.

English warship in Budapest, cannons on the Danube shore at Lágymányos, launching the Hungarian Socialist Party and their first meeting at the parliament on March 23, 300 gypsy musicians play the Mars... 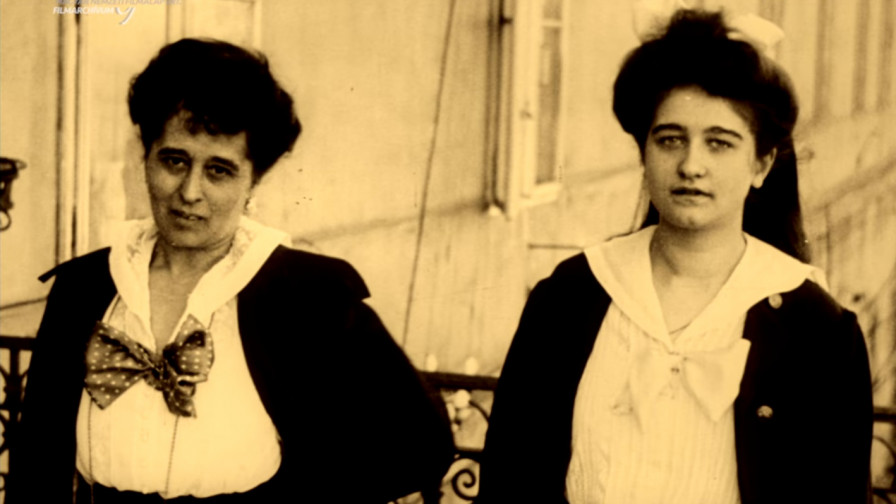 In spring 1919 economic struggles united people of all professions, the news reported on the waiters' strike and a humorous animation illustrated the cabbies' walkout.

This week's most important news were about Mihály Károlyi's Szatmár visit. The videos are interlinked by French descriptions, which suggests that the surviving copy was made for guests of the French p... 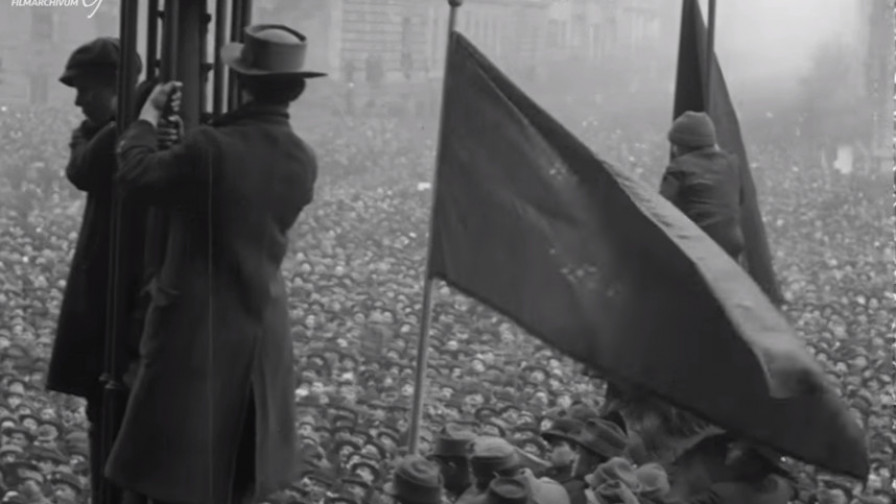 There was still tension in the country in February 1919. The traumatizing experience of war is still lingers in the public's mind, and those who are facing a difficult situation fail to see the light... 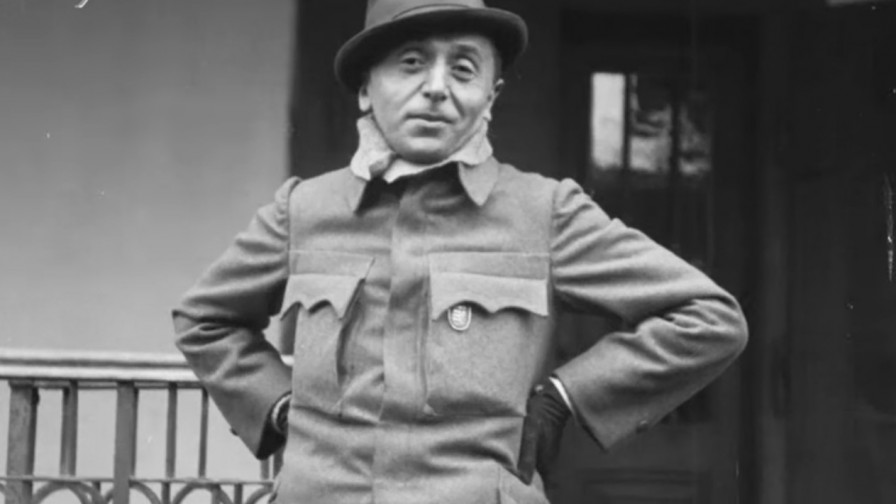 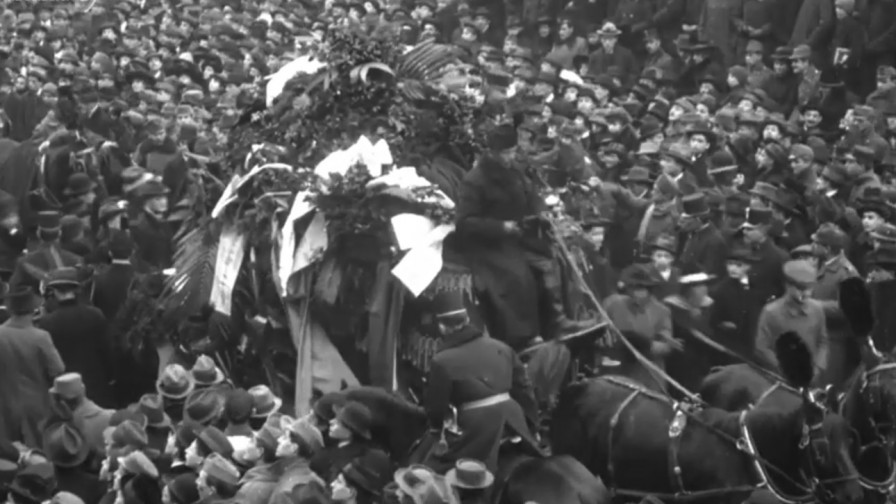 The Normafa in 1919 winter was just as beautifully snowy as today, and while the younglings were cheerfully riding their sleighs down the mountain, serious events took place in the city: a funeral was...