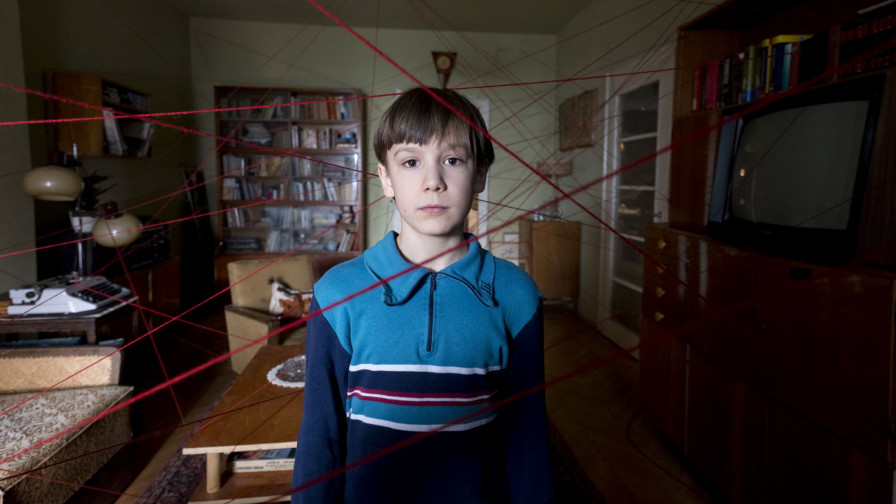 "A lump inside me wanted to escape" – interview with Gábor Reisz

Four years after For Some Inexplicable Reason, Gábor Reisz has come out with a new film premiering at Tallinn Black Nights Film Festival on November 23rd. Bad Poems is more experimenting and hits an even more personal tone than his cult debut feature and captures just as much the essence of his generation. Besides writing and directing, Reisz had also taken on the lead role in his new movie. We sat down to talk about the issues of his generation, childhood dreams and lavender fields planted in a flat.

Bad Poems was originally meant to be a noir piece about a water polo player getting mixed up in a robbery. How did you find your way back from this crime story to your debut film’s funny, self-confessionary style?

In 2015, I went to Paris and immediately threw the idea out of the window. Thanks to VAN (a short nickname for the film in Hungarian), I got into the Cannes Residence program and lived for half a year in Paris with six other directors. Back then, I was interested in how a mediocre water polo player can discover self-expression through writing poems. I incorporated this idea into a crime story, mostly resembling the noir The Postman Always Rings Twice. But while I was writing it, more and more memories found their way into the story which kind of cracked the frames of the crime narrative. But I clung to the noir concept, because after VAN, I wanted do something different. However, I realized that I just wanted to reconstruct my own memories on film. Obviously, a noir can be just as personal, but I felt that the narrative elements of the genre would distance me from the core of the story.

Aren’t you afraid that because of the similarities, Bad Poems will be perceived as a sequel to your debut?

I stopped caring about this quite early on. I knew that if the lead character is left by his girlfriend then people will say I’m doing the same thing again. But what can I do if that’s what comes naturally? A professional scriptwriter would definitely come up with something that could be a similar emotional drive to the story, like killing off a relative of the lead or firing him from his job. But in Bad Poems, we experiment with the idea of what would happen if these personal memories, obviously a bit amplified, but nonetheless unstrained, made their way to the screen. That’s why I couldn’t change it.

How is Bad Poems different from VAN?

I regard them as completely different, because VAN was greatly influenced by leading man Áron Ferenczik’s personality. The aim was again not to get from point A to B through a classic coming-of-age story, but rather to see what happens when A is followed by a C or an A minus. In VAN, we had toyed around with space; in Bad Poems, I wanted to mess around with time too and open up different dimensions to the past. If we bring up a memory, another immediately resurfaces with it and in Bad Poems I wanted to reconstruct this chain of association, how we jump from one memory to another.  I like movies, where the director plays the unpredictable game with me , like Leos Carax in Holy Motors or Kirill Szerebrennyikov in Summer. I wanted to make such a free-spirited film too.

You searched for the lead actor for Bad Poems for a long time. Did Áron Ferenczik’s name come up at any point again?

No. After the premiere of VAN, Áron told me that we should wait at least five years before we even sit down to discuss a possible collaboration again. Then the next day, he texted me saying “rather never”. I respect that, because he is a director too and not an actor. This film is so personal anyway that the idea to play the lead character came quite early. But I ignored this thought because previously, I felt quite anxious in front of the camera. However, since we couldn’t find anyone suitable for the part for a long time, we did a pilot with me and my anxiety disappeared.

How did you direct yourself?

I asked Szabolcs Hajdu for advice who has directed himself in his films and also played a role in ours. He said I will just instinctively know when I’m good and when I’m not. I didn’t take an acting class because I was afraid that a coach might want to turn me into some kind of an eastern European hero that isn’t me. But we rehearsed a lot prior to shooting and that gave me a sense of security. We did have to work on some acting techniques, like, for example, not to look down so much, which I often do, but ultimately what Szabi said was true in my case too. There was a lump inside me that wanted to escape and if I hadn’t played Tamás Merthner, that lump would have stuck in my throat.

Unlike VAN, which was made possible through favours and the goodwill of friends, Bad Poems received a 230 million forint support by the Hungarian National Film Fund. How did the bigger budget affect the visual style of the film?

Tamás is a commercial director who doesn’t like his job and dreams of something more honest and pure. For me, that means film. Since we tend to imagine our memories as movie scenes, we came up with the idea to realize the childhood scenes in different movie genre styles. We thought about what each scene reminded us of and shot them in the mood of Szomszédok (Neighbours - a Hungarian television series), The Shawshank Redemption, Fargo, Time Stands Still or the teen films of John Hughes. It was important that the childhood scenes are movie-like in their matter too and so we shot on 8, 16 and 35 mm film. The present-day scenes were shot like VAN: without lighting, with a small crew and lot of improvisation.

You connected the different timelines and memories with smart visual ideas. The main character jumps from his bed into a swimming pool, while becoming decades younger. Did you use any VFX for that?

The best visual effect is a combination of practical and computer work. We did built a room next to the swimming pool, and planted a lavender field in the flat and after the shooting, the VFX-team worked a lot on them. These were wacky ideas, but the crew believed in them, so it wasn’t a drag but rather a funny game to conceive and realize them.

VAN has captured the spirit of its time, that sense of drifting aimlessly, the dilemma of staying or leaving. What did you want to show about Hungary in Bad Poems?

VAN was not intended to be a generation movie, but when later it became popular, it was branded as one. I haven’t seen a connection between contemporary Hungarian movies and our reality and that feeling of void motivated me to make a film about the world my friends and I live in. Bad Poems is even more personal because I made a film about my own memories and I wanted to make them even funnier or scarier, not to realistically capture the essence of Budapest in the ’90s or ‘00s. That emotional drive though, which moves the plot forward, might be familiar to some. I wanted to investigate that feeling thirty-somethings have when they are officially considered as adults, but they themselves cannot help but ask “Is this really it? What happened to all those childhood dreams?” Obviously, most of these were naïve and banal but along with my already burnt-out friends I often  think that it would be good to return to these dreams.

Did your childhood dreams become true?

I’m lucky because I can make movies. I would love to do a lot of other stuff too, but I chose this path because film has the most forms of self-expression, that Tamás Merthner tries out as a child too: writing, drawing, making music. I was always interested to make someone’s heart skip a beat by expressing the inexpressible. Only now, I can strive for that as a film director.