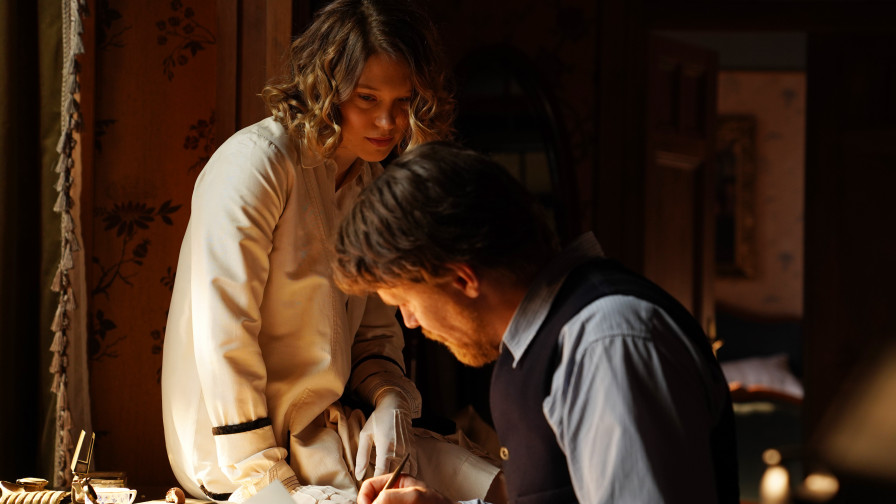 In the year that marks its 120th anniversary, the Hungarian film industry is celebrating four films in Cannes Film Festival’s Official Selection.

Jacob Störr, a sea captain, makes a bet in a café with a friend, to marry the first woman who enters the place. And in walks Lizzy.

Acclaimed filmmaking team Kornél Mundruczó and Kata Wéber return with a powerful drama tracing three generations of a family, from a surreal memory of World War II to modern day Berlin, unable to process their past in a society still coping with the wounds of its history. Like the water that connects the episodes in this triptych, memory and identity are fluid, and how we relate to it can drown or buoy. The pain and stigma that trickles from Eva, to Lena and then Jonas is inexpressible, yet rendered with striking imagery by Mundruczó and a wrenchingly poignant yet acerbically ironic and personal script by Weber. While generational traumas find new expression in the present, the family in EVOLUTION looks towards a more hopeful future. The orphan Juli and her grandparents, the remnants of the former emigrant family, return home from the Soviet Union at the end of the 1940s. Her aunt, prison director Magda, attempts to bring up the resolutely stubborn teenager to have blind faith in communism. She does not succeed. Juli remembers the past as her sculptor father was arrested by the KGB and her mother died. The teenager unconsciously understands that people have started to be arrested even in Hungary and the system of Soviet terror is back in operation. Juli matures into an independent woman as she researches memories of her parents. In this, only Magda’s brother, János, is any help. She sees her father in János.

The 24-minute Fonica M-120 is a 2020 diploma film by Rudolf Oliver. The protagonist of the film is Áron a 10-year-old lonely boy. He lives with his mother in a room of a junk motel where he helps her run the bar. Hovering around the adults, Áron creates an extraordinary imaginary world in which the main characters are his father, a song, and a music box. One day a new guest arrives at the motel turning Áron’s world upside down. He has to make a choice where to belong. ’I wanted to make a film about a world made up of a little boy's memory fragments, his attachment to his childhood and his first love.’ – noted Olivér Rudolf.