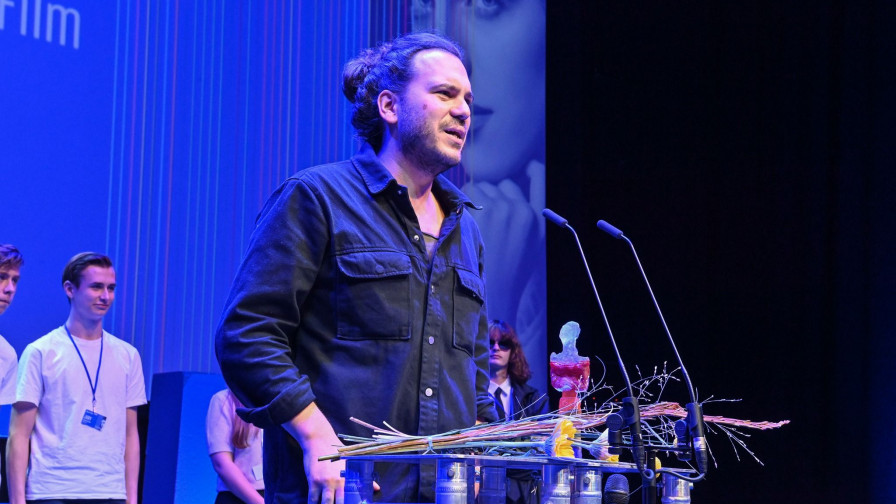 Szilárd Bernáth’s first feature film received award for Best Debut Film as well as for Best Youth Film at Cottbus Film Festival on 13 November. Larry tells the story of a stuttering sheep herder who finds joy in hip-hop and applies for a talent show for rappers.

Starring Benett Vilmányi and Szabolcs Thuróczy, Larry is a socially sensitive tale of young shepherd who lives in isolation due to his extreme stuttering, in one of the poorest region in Hungary. He soon realizes that hip-hop is the only way he can get rid of his speech impediment and his passionate lyrics make him extremely popular among the youth. The film won award Best Debut Film as well as for Best Youth Film at Cottbus Film Festival, one of the leading international festivals of Eastern European film.

„It is an extremely convincing coming-of-age film and at the same time a differentiated portrait of post-socialist society, in which, beyond all clichés, social exclusion and violence, but also friendship, human affection and the resulting strength and ability of the individual to act are shown. Lead actor Bennett Vilmany embodies a fragile masculinity and plays so convincingly that he creates the illusion of being Larry himself" – the jury commented on their decision at the Cottbus Festival.

Made with the support of the Hungarian National Film Institue, Larry was written by director Szilárd Bernáth. The film’s cinematographer is Dávid Hartung, music was composed by Andor Sperling, and the editor was Tomi Szabó. The production of FocusFox was produced by András Muhi and Gábor Ferenczy.