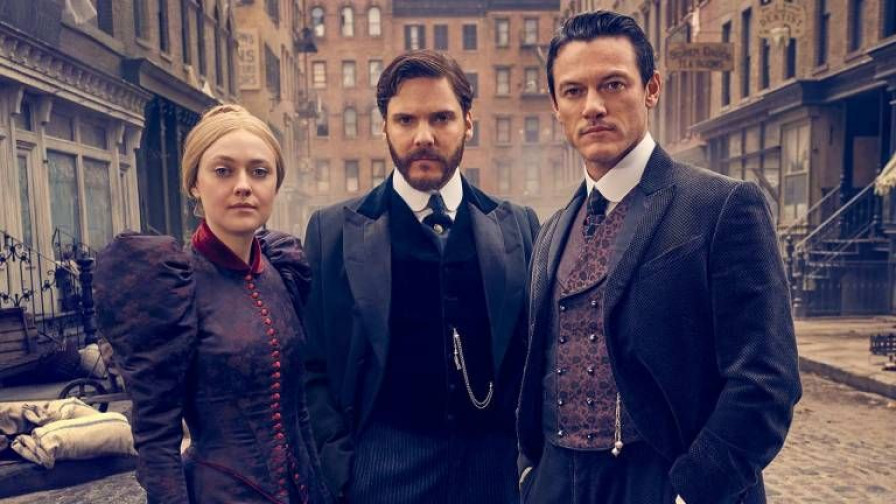 In 2019 the Hungarian film industry broke records with an increase of 50% – the amount registered as direct spend on film production grew to USD 565.6 million. Hungary, the most popular filming destination in Continental Europe, has not shut down film productions during the emergency and now the shooting of international and local productions is to resume. Netflix’ ‘Terra Vision’ begins filming in July, extra shooting on Legendary’s ‘Dune’ is scheduled for August, several productions are preparing to return to Hungarian studios. Since mid-June cameras are rolling again on domestic productions. The National Film Institute has released COVID-19 guidelines for the safe resumption of filming to ensure health and safety for cast and crew, furthermore special exemption can be granted for non-EU residents to enter Hungary without mandatory quarantine.

Records were broken in film production in Hungary last year, with the amount directly spent on film production reaching USD 565.6 million (HUF 164.4 billion), which represents an increase of approximately 50% over the preceding year. 94% of the entire amount came from international productions. In 2019 the production of 319 films were registered in Hungary, 228 of which were Hungarian, 8 co-productions and 83 foreign productions.

The greatest amount, USD 48,2 million, was spent in Hungary on Angel of Darkness, the second season of the Emmy-winning drama series, The Alienist (TNT) starring Dakota Fanning, Luke Evans and Daniel Brühl. The Hungarian spend on the live-action scripted drama series Halo (Showtime), to be released in 2021, exceeded USD 41,3 billion, while a significant amount, some USD 24 million were spent both for the TV series Shadow and Bones (Netflix) and the feature biopic Harry Haft  (Baltimore Pictures, Bron Media Corp.) starring Ben Foster. Hungary offers a 30% tax rebate (Hungarian Film Incentive) for film and TV productions based on their expenditure (all the direct film production costs) emerged in the country, the rebate can reach 37.5% through the addition of qualifying non-Hungarian costs. Netflix has been building sets in two studios at the NFI Mafilm studio complex in Fót for its series Terra Vision for weeks now, shooting starts mid-July. The unique medieval backlot set has been booked by a US production for the second half of July, meanwhile there has been an increase in interest from several international and domestic productions for soundstages and backlots. This April the government decided to expand NFI Mafilm, Hungary’s historical soundstage complex with backlots. A total of 4 new soundstages will be built, which will increase the present studio capacity by an additional 9,600 sq metres to a total of 12,000 sq metres for productions in Fót. Also, the new studios could be used in pairs as two 4,800 sqm stages.   Soundstages are booked up for the entire year in Hungary. In accordance with agreements signed before the COVID-19 emergency, three big international productions will be returning to shoot this year to Origo Film Studio: Dune (Legendary), The Banker’s Wife (Amazon), and The Nightingale (Sony). The filming of the live-action, scripted series Halo (Showtime), based on the record-shattering video games, will resume in Korda Studio near Budapest.

The shooting for two Hungarian feature films for cinema release has already begun in June. The principal photography of Half Way Home fantasy romance, directed by Isti Madarász, began this February but was interrupted due to the pandemic, and the cameras are already rolling on Daddy and Other Wolves comedy by Gábor Rohonyi, co-directed by Csaba Vékes. These will be followed by the shooting of seven more Hungarian feature films to start by autumn this year.

“No ban was imposed on film production in Hungary, the most popular filming destination in Continental Europe, during the emergency. Principal photography of the large-scale portrait about the world-famous Hungarian swimmer, Katinka Hosszú, was allowed to continue under strict coronavirus safety measures in place. The full-length documentary will be an exceptional imprint of the last months, during which, undeterred by the emergency situation and postponement of the Olympics, the three-time Olympic, twenty-six-time world and thirty-four-time European champion relentlessly continued her training, while the film crew relentlessly recorded all of this. Now that the state of emergency has ended, restrictive measures have been eased and the travel restrictions are continually being lifted, special exemption can be granted for non-EU residents to enter Hungary without mandatory quarantine, international projects are being prepared, making it possible to restart production at full capacity,” outlined government commissioner Csaba Káel. In the interests of safety, the National Film Institute drew up the necessary recommendations to protect cast and crew against the coronavirus. The aim of the Health Protection Plan published on NFI.hu and shared with Hungarian film industry workers is to provide a professional summary of the general risk assessment and health precautions developed for the special requirements of the film industry.

(The amount registered as direct spend on film production grew to USD 565.6 million is based on Central Bank of Hungary’s 2019 annual average exchange rate)