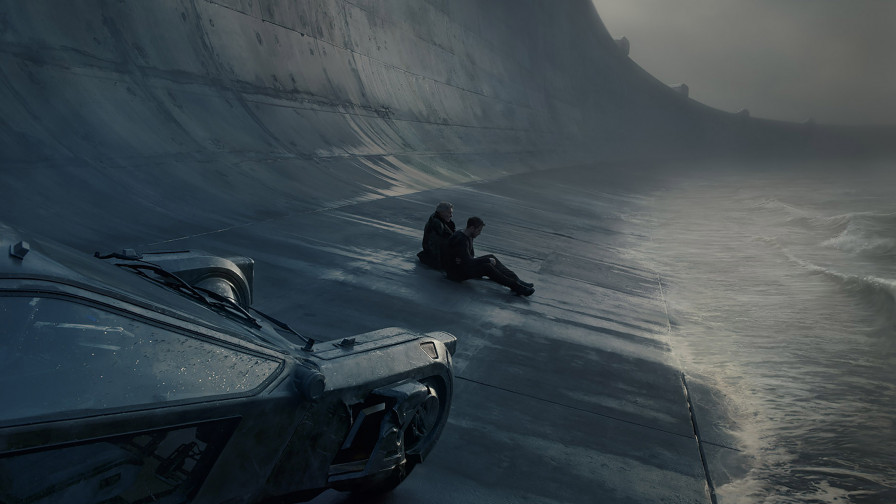 From Blade Runner to Eternal Winter: the water tank from the future

In the last few years Hungary has become one of the most sought-after filming locations in the world. Hollywood blockbusters like Blade Runner 2049 and Terminator: Dark Fate or groundbreaking series like The Witcher have found their ideal setting in our multi-faceted capital and nearby film studios. Among the most attractive locations is the old-established Mafilm Studios in Fót, home to the largest outdoor water tank in Europe, which was built for the production of Blade Runner 2049.

The original English version of the article was published in the Hungarian Film Magazine 2020 Berlinale Issue.

Only a 20-minute drive away from Budapest, Mafilm Studios has served as an ideal location for many Hungarian and international productions thanks to its diverse scenery, well-established studios, and of course its crown jewel: the water tank. In 2016 Denis Villeneuve shot Blade Runner 2049 in Hungary at Origo Film Studios and, after much consideration, the production team decided to move to Fót to build the water tank they would need for the movie’s water scenes, given that Mafilm Studios has the largest open space out of all of the Hungarian studios. After the production wrapped they left the water tank for future use, which has since rendered the studios a highly on-demand filming location for Hollywood spectacles. Two or three big international productions come to Fót every year to use the hi-tech water tank, including Ang Lee’s Gemini Man and Tim Miller’s Terminator: Dark Fate. During the construction Mafilm Studios made sure that the water tank had the most advanced pool technology. It can hold up to 4 700 m3 of water and actually contains three interconnected pools: a deep cen pool with 1 050 m3 that takes one or two days to fill, a shallow pool with 60 m3, and a large surface pool with the biggest cubic capacity (a little over 3 585 m3).

“The outdoor water tank is ideal for film productions because flat ground of approximately 4 000 m2 is provided around the tank for sets and technical equipment. Any crew can film in a controlled working environment and the open space makes it possible to build further sets around the pool. With a little help from the SFX department, production can create any setting imaginable”, says Ildikó Kovács, the manager of Mafilm Studios. “For example, Fyodor Bondarchuk, the renowned Russian director of Stalingrad, filmed a flood scene for Attraction 2 here in Fót. They built the interior of the flat just outside the pool and used a huge crane to dip and then sink the flat into the pool to create the flooding effect. It was a shot that was carried out with fascinating creativity.”

Among the advantages of the water tank it is worth mentioning that it is filled with freshwater, not seawater, so it is better suited for the crew and technical equipment alike. There is also a built-in filtering and circulating system that operates in the tank to provide a clean and safe water supply.

“The biggest appeal of Mafilm Studios is its versatility”

Mafilm Studios is truly multi-faceted, as it also contains two huge sound stages (1 000 m2 and 1 600 m2, respectively) and two permanent outdoor sets: a barrack camp and a medieval castle. The first incarnation of the medieval set was constructed by the doyen of Hungarian production designers, Tamás Banovich (famous for working with Miklós Jancsó and Márta Mészáros), for the 1983 TV adaption of Hamlet.

“The recent scenery has grown out of the set unit and now spreads out over 15 000 m2. Our medieval set complex contains a prison, a throne room, a cloister, a tavern, a bakery, and even a Parisian street from the 19th century. But the sets are ever-changing; if a film production wants to add to the buildings or tear a part of them down, we either ask for them to be restored once the shooting is over or we decide to preserve the renewed set based on whether we believe it will be useful for future productions or not. Fantasy movies and series are currently in demand, so we take their needs into consideration as well”, says Kovács.

Fót’s medieval set may look familiar, as it was used in well-known series such as The Witcher, The Last Kingdom and The Pillars of the Earth, or in David Michod’s and Timothée Chalamet’s Henriad movie on Netflix, The King. The barrack camp set has also played a crucial role in famous movies, including Victory by John Huston, and was later transformed into a precise replica of some parts of the concentration camp at Auschwitz-Birkenau (the adaptation of the Nobel Prize-winning Imre Kertész’s Fateless was shot here in 2006). After some remodeling it can also play the part of a military barrack from the time of Napoleon, or a Gulag labour camp, as it did in Hungary’s Emmy Award-winning historical drama Eternal Winter.

“The biggest appeal of Mafilm Studios is its versatility. Besides operating the hi-tech water tank and renting out our medieval and barrack sets, we have the biggest open space among the Hungarian studios. We are also very close to Budapest, which is an important asset when it comes to the accommodation of big crews and movie stars, as they can stay in the best hotels and spend their free time discovering the beautiful sights of the city”, says Kovács on the favorable logistics of Mafilm Studios. “We also have a shop with more than 140 000 costumes and a property room filled with medieval fixtures from cups to chandeliers, from barrels to salamander stoves. And we plan to build two new sound stages this year. We are never done expanding the capacity of our studios.”