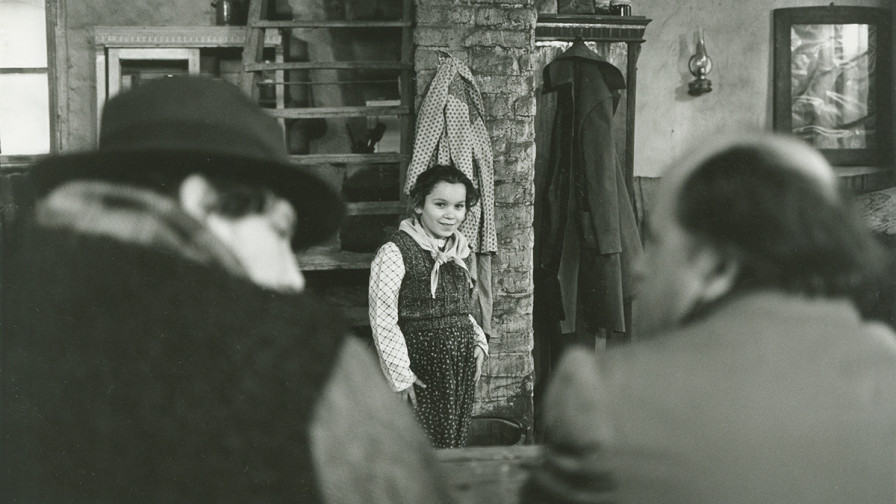 Once again, a Hungarian work features in the Berlinale Classics selection of the 73rd Berlin International Film Festival opening on 16 February: in memory of Péter Haumann, the National Film Institute has submitted a rarely viewed masterpiece, the recently restored movie SZÜRKÜLET (Twilight) made by György Fehér in 1989.

The iconic creation by György Fehér (1989), which turns detective conventions upside down, is based on motifs from Friedrich Dürrenmatt’s novel The Pledge. The inspector played by Péter Haumann is tracking down a child serial killer, but after the suicide of the prime suspect he considers the case closed. However, his partner believes the killer is still alive so he takes the lease on a petrol station where he uses a young girl as bait to catch the perpetrator.

However, in a work made with exceptional artistic care, a fast-moving plot is instead replaced with fog and gloom. This remarkable, apocalyptic atmosphere is a precise visual representation of the criminal case and psychological burdens imposed by the investigation. We never discover from the film exactly when and where the story is set, nor do we see the murders or the perpetrator. The movie depicts a timeless state of existence in limbo, where nothing is clear-cut, and which has often been likened to the scenarios developed by Tarkovsky and Bresson. László Vidovszky, a leading figure in Új Zenei Stúdió (New Music Studio), composed the characteristic contemporary music typified by special, amplified Foley sounds and humming reminiscent of a submarine.

György Fehér’s Szürkület, in which Béla Tarr participated as consultant, became – along with Kárhozat (Damnation) that actually launched the trend – the most striking piece of the ‘black series’ that largely defined filmmaking of the period.

Szürkület won a special prize at the Hungarian Film Week, then in 1991 the cinematography of Miklós Gurbán was recognized at the Locarno festival with a Bronze Leopard. Miklós Gurbán not only constructed these magnificent shots but he also participated in the restoration of the film and reconstruction of the lighting elements. The restoration was completed in 2022 within the long-term film restoration and digitization programme of the National Film Institute – Film Archive and Filmlabor.