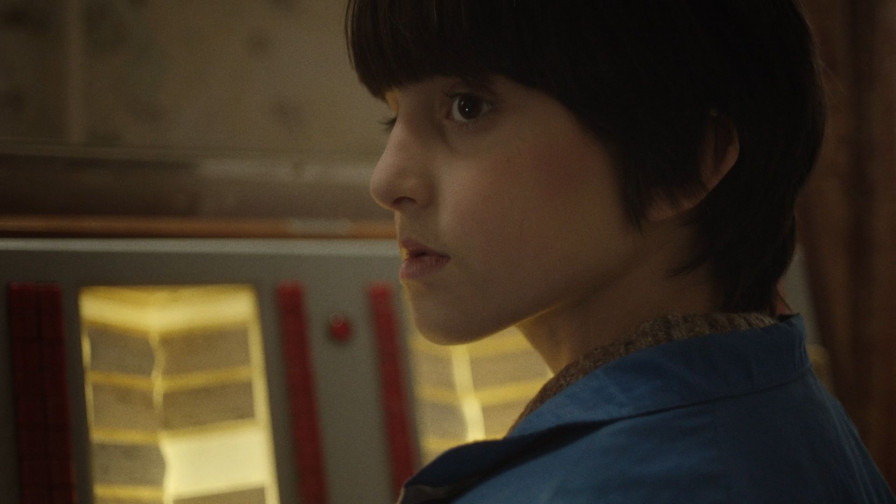 Olivér Rudolf’s FONICA M-120 was invited by the Cinéfondation of the Festival de Cannes. Year after year, the world’s most prestigious cinema event showcases an exciting selection of works by the youngest generation.

The 24-minute Fonica M-120 is a 2020 diploma film by Rudolf Oliver. The protagonist of the film is Aron a 10-year-old lonely boy. He lives with his mother in a room of a junk motel wherehe helps her run the bar. Hovering around the adults, Aron creates an extraordinary imaginary world in which the main characters are his father, a song, and a music box. One day a new guest arrives at the motel turning Aron’s world upside down. He has to make a choice where to belong. ’I wanted to make a film about a world made up of a little boy's memory fragments, his attachment to his childhood and his first love.’ – noted Olivér Rudolf. The screenplay was co-written by the director, Rudolf Oliver, András Kocsányi and Zsigmond Kungl, the main character is played by the 10-year-old amateur actor Kristóf Kovács, cast includes Tamás Keresztes, Mici Kunert and Éva Botos. The cameraman of Fonica M-120 was Dániel Podányi.

Olivér Rudolf graduated in 2019 as a student of the University of Theater and Film Arts, Budapest.
The prestigious Cinéfondation program, which presents exam and diploma films and is part of the so-called “official selection” of the Cannes Film Festival, has already presented early works by Kornél Mundruczó, Ágnes Kocsis, Bálint Szimler, György Kárpáti and Andrasev Nadja, among others.
The 17 diploma films in the 2021 Cinéfondation selection were chosen from 1835 entries. Created in 1998 under the initiative of Gilles Jacob, the Cinéfondation, sometimes called "the head hunter" of the Festival de Cannes, is dedicated to young creators. Through three main actions, the foundation supports the film projects of young directors; from scriptwriting to recognizing their work on the international scale, to searching for financial support.

The jury will hand over the Cinéfondation prizes at a ceremony preceding the screening of the awarded films on Thursday, July 15th, in the Buñuel Theatre.