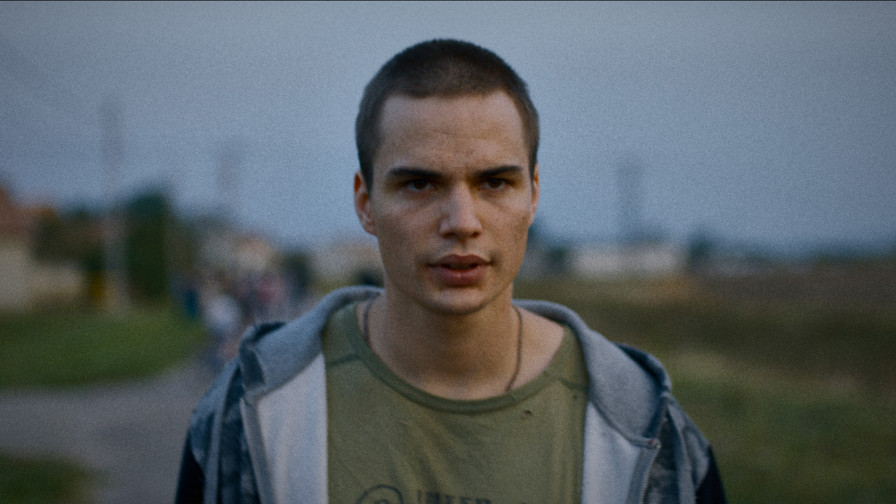 The organizers of Tallinn Black Nights Film Festival have revealed, that the A-list film event will have the premiere of Szilárd Bernáth's LARRY as well as György Mór Kárpáti's SUMMER TO COME. Veronika Szakonyi's film SIX WEEKS and Anna Gyimesi’s short movie, AFFRICATE, have also been invited to the festival.

One of the most important film event of Northern Europe begins on 17 November and will showcase the most exciting works of contemporary film in the Estonian capital for the 26th time. Hungarian filmmakers will attend the premiere and screenings of their films at the prestigious festival.

Szilárd Bernáth’s first feature film, Larry, is a socially sensitive tale of young shepherd, Adam, who lives in isolation due to his extreme stuttering, in one of the poorest region in Hungary. He soon realizes that hip-hop is the only way he can get rid of his speech impediment and his passionate lyrics make him extremely popular among the youth.

Larry was written by director Szilárd Bernáth and was made with the support of Hungarian National Film Institute’s Incubator Program. The film’s cinematographer is Dávid Hartung, music was composed by Andor Sperling, and the editor was Tomi Szabó. The production of FocusFox was produced by András Muhi and Gábor Ferenczy.

Director-screenwriter György Mór Kárpáti's second film, Summer to Come, is set in a drama camp for a high school class and is about grief. Milán is preparing for his own performance in the camp while a love triangle starts to form between him, Anna and Dani. After an incident, they are all sent home and although Anna and Dani returns to the camp the next year, they cannot reunite with Milán, who had committed suicide.

An outstanding director of his generation, György Mór Kárpáti’s earlier films were invited  to Cannes and the Berlinare. The theme of his latest film focuses on young people and the way they think. Summer to Come was produced by Viktória Petrányi, cinematographer was Gergely Pálos, editor Dániel Tokár and composer Asher Goldschmidt. The film was produced by Proton Cinema as an independent production.

Six Weeks tells the story of a teenager who gets pregnant and decides to adopt her child to be able to focus on her table tennis career. After giving birth to her baby, she has six weeks to change her mind about the adoption, which is a difficult period of time for both the biological mother as well as the adopter parents. Documentary director Noémi Veronika Szakonyi’s first feature film premiered in Sarajevo and won Zukor Adolf Award at Cinefest Miskolc International Festival.

Six Weeks was directed by Noémi Veronika Szakonyi director and Máté Artur Vincze, the screenplay was co-written by the creative duo with screenwriter Dániel Daoud. Producer of Six Weeks is Judit Romwalter, cinematographer is Zoltán Dévényi. It was edited by László Hargittai and Anna Vághy, costume is by Juli Szlávik, music is composed by Andor Sperling, voice master is Attila Tőzsér, production designer is Gábor Valcz. The was supported by National Film Institute - Hungary and produced by SPARKS.

Anna Gyimesi’s short film, Affricate, has been selected into the festival’s competition of short movies. The film is about single mother Klára, who has to face not only her voluntary martyrdom for her disabled daughter, but also her deeply buried desires during a summer holiday.