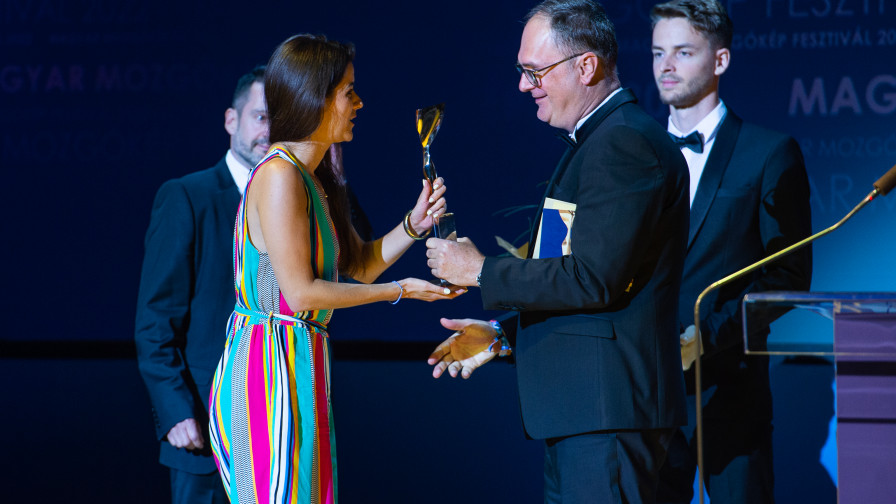 In collaboration with the organizers of the Veszprém-Balaton 2023 – European Capital of Culture programme, the National Film Institute has refashioned the top event of the Hungarian film industry last year: the domestic celebration previously held in Budapest (Hungarian Film Week) has been combined with a summer feeling and advanced to the top meeting point for the industry and audiences in the charming Veszprém-Balaton Region.

The 2022 Hungarian Motion Picture Festival was held 9-12 June in the picturesque cities Veszprém, Balatonfüred and Balatonalmádi at Lake Balaton.

About 100 current domestic productions were screened in various programs over 4 days in 3 cities at a total of 8 venues at the Hungarian Motion Picture Festival witnessing the country’s flourishing local production.

The event generated unforgettable experiences in the cool of the evening at lakeside open-air screenings. Veszprém, Balatonfüred and Balatonalmádi contributed a pleasant atmosphere and spectacular locations to a genuine festival feeling for viewers of all ages.

The main aim of the Hungarian Motion Picture Festival is to show the production of the past months at special venues to the wide audiences; at the same time, organizers are creating a meeting point for the industry, and are also planning to open it up to the international film community in the coming years.

Veszprém is to hold the European Capital of Culture (ECoC) title jointly with the region in 2023; this is a great opportunity for them to show up local cultural treasures on the international scene. The broadest possible range of creative industry activities is to be highlighted under the European Capital of Culture programme, with film industry holding a position of eminence.

12 June, the closing event of the Festival was the big night of the Hungarian Motion Picture Awards held at Veszprém Petőfi Theatre.

The Hungarian Film Academy gave out the Hungarian Motion Picture Awards in 20 categories to the bests, while the most popular domestic movie of the festival received the audience award.

Ildikó Enyedi for The Story of My Wife (A feleségem története)

János Kulka for The Game (A játszma) directed by Péter Fazakas

Gábor Balázs for The Game (A játszma) directed by Péter Fazakas

Gábor Valcz for Stop my Stepmom (El a kezekkel a papámtól!) directed by Kata Dobó

Gabriella Hámori for The Game (A játszma) directed by Péter Fazakas