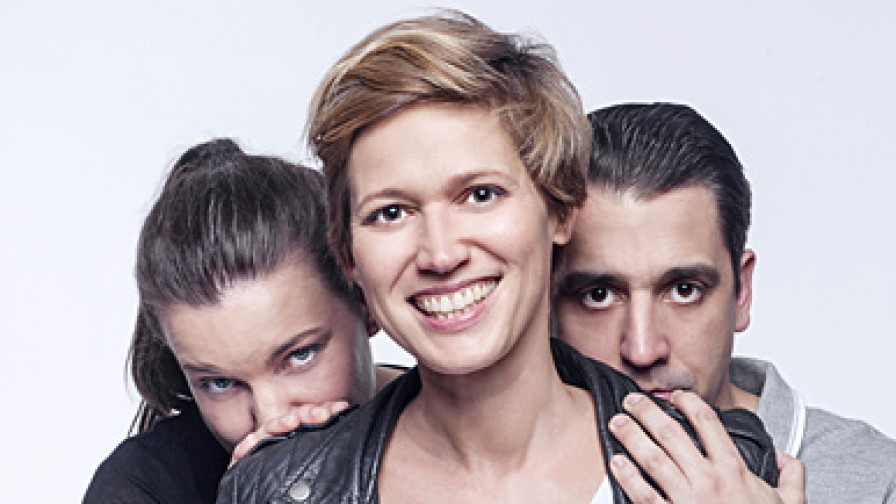 It’s been a while since a full-fledged homegrown romantic comedy graced the Hungarian moviescreens, so all eyes are on Open (Nyitva), the very entertaining feature film debut of director Orsi Nagypál. The movie has two talented and fresh-faced actors in the lead parts (Csilla Radnay and Lehel Kovács) and an interesting story about the difficulties of maintaining a monogamous relationship in this day and age. We talked with the 40 year old filmmaker.

The Hungarian moviegoers must be starved for a delightful romantic comedy like Open. Do you expect hordes of people in the theatres?

There were all these numbers thrown around after the first screening, but if the past couple of years thought us one thing about the box office results it’s that they’re completely unpredictable. I’m keeping my fingers crossed for sure but I try not to think about it. I made the best version of the film I could, the rest is beyond my control.

This is your first feature film, but you’ve directed more than 30 hours of television in the last few years. What did you learn from that?

Terrific discipline. I’ve learned to delegate tasks, make decisions incredibly fast and instruct my actors quickly. Working on TV-shows as a director I had to see through and manage the whole operation, plus I was doing prep and post-production while shooting.

Kristóf Deák the director of the Oscar-winning short film Sing recently said it causes him remorse to think about all the life-saving medical equipment that could be bought with the budget of a movie, but he is also aware of the fact how important it is that Hungarian movies are getting made. What’s your take on this subject?

I feel great responsibilty for spending the money I get graciously offered to realise my movie. I don’t think it’s something I’m entitled to. I have a general compulsion to conform, so I’m extra hopeful that those who’ve funded my movie won’t think they’ve made a bad decision.

It took four years for you to write the script. How did it evolve during this time?

For a long time I thought Open has to be a serious drama. The story was different, the characters were different. I’ve struggled a lot with that set-up but I just couldn’t get a handle on it. My friends said it’s always very entertaining when I talk about my embarassing romantic escapades and they suggested I should write it as a comedy. That cracked the whole thing wide open.

What did you found the most surprising in the script development process at the Hungarian National Film Fund?

That before long everyone just started to talk about their private life. I’m sitting at one of these meetings and suddenly a big argument erupts on whether kissing someone else is considered cheating. I thought this is great. If the subject can generate such heated exchanges even in a formal situation like this, I’ve definitely tapped into something vital.

The only happy couple in your movie is the one that’s been living in an open relationship for years. Does that mean you don’t believe in monogamy?

I think monogamy works for some couples and doesn’t for others. It depends on the couple not the individual. What I don’t believe in is the system that says monogamy is compulsary for everyone even if it’s just a facade that’s held up by lying to your partner. If your not the monogamous type, own up to it and don’t cheat on your husband or your wife left and right. I think it’s better to be upfront about these things, but everyone’s different. For some people a little misstep every ten years is forgivable, you both know about it but are willing to look the other way. Others get nervous even if they find out their partner is having fantasies about someone else. It should be clear in a relationship what the expectations are.

Was it hard to decide how the film should end?

It was, because I didn’t want the ending to take sides on the issue of monogamy. Whether it’s the right way or not. It was important that I don’t take sides just present the questions. The viewers’ reaction will depend on their relationship status and on what they’re inclined to take away from the film.

Please talk a little about your protagonists Fanni And Bálint. What kind of people are they?

They are the couple next door whom you seldom hear arguing. Decent people who always pay their collective maintanence fee on time, Fanni even attends the tenant meetings. They are a good match for each other, get each other’s humor, even love each other’s idiosyncrasies. They’d be great together if they didn’t start to have thoughts about other people. My intention was to show an ordinary couple. I didn’t want protagonists with movie star looks and perfect bodies.

Did your main actors Csilla Radnay and Lehel Kovács shape the characters as well?

Yes. Csilla gave a certain kind to cuteness to the character of Fanni that wasn’t in the script.  How she holds herself, the faces she makes sometimes, or that timid way she pronounces the word „coochie”. As far as Lehel’s contribution is concerned he was able to slip some humour into scenes that weren’t designed to be funny. He found the way to be a little broad without overacting.

It was surprising to see the great Hungarian actor Zoltán Mucsi as a background extra in the scene on the bus. Was it daunting to offer him a part with no lines?

When I directed him in the TV-series Tóth János and were stuck with each other for more than a year. Once he was telling me about how much he liked those funny bits in Hollywood movies when a famous actor just walks through the screen in the background with no fanfare. I thought if that’s your big dream I can make it happen for you. Poor guy didn’t know what he signed up for, he had to stand wobbling on that bus for a whole night while we shot that scene.

Besides being a filmmaker you are also the lead singer and guitarist of the punk rock all-female band The PinUps. Did you think about using one of your songs in the movie?

No. These two things exist separately in my life: I have my profession, my movie carrier where I put high demands of my conduct, and I have this fairly recent hobby, the fulfilment of my teenage dream that I should have a punk rock band. What’s liberating in the later is that I have no demands of myself. I’m completely aware of the fact that I can’t sing and don’t know how to play the guitar. But it’s good for getting rid of tension and directing my creative energies elsewhere plus it’s a lot of fun. Making music together is one of the best pursuits in life. As a citizen of Zoltán Kodály’s homeland I courageously declare that if everyone did it, this world would be a better place.

Do you know what your next film will be? Have you got something teed up for the near future?

I only have a vague idea so I’m not gonna rush into anything just yet. Unfortunately I don’t have a perfectly polished screenplay in my back pocket. All I know is that I want do something new and different the next time.