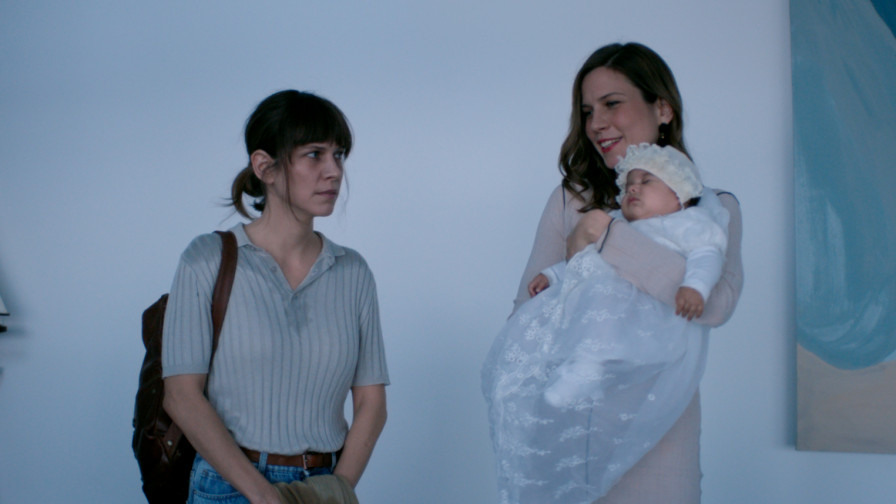 NOT A THING star Natasa Stork won the award for best acting at New York Film Week. The actress plays double role in the first feautre film of director Fanni Szilágyi about two women who are identical twins, yet couldn’t be more different.

Made in Hungarian National Film Institue’s Incubator Program NOT A THING’s world premiere was at New York Film Week, an international film festival showcasing movies in cinemas and online, with a special focus on new talents.

Natasa Stork plays Éva and Adél, who are identical twins in their thirties and have very different lives. They are dissatisfied with their own lives and envy each other but their relationship gets even more complicated when they meet Ákos, who is everything they aren’t and becomes their object of desire.

„I am very happy to be able to have played this role and grateful for director Fanni Szilágyi and for everyone working on the movie. Playing any role generally requires incredible teamwork, but with this double role it’s even more important. This award goes not only to me but to the whole team. I hope the Hungarian viewers will like this sensitive and magical film, too” – Natasa Stork commented on recieving the award.

Not a Thing was made in Hungarian National Film Institue’s Incubator Program. It was directed by Fanni Szilágyi and written by Zsófi Lányi. Natasa Stork, Márton Patkós, Máté Szabó, Ágnes Csikász and Magdi Bódy plays in the film, which was produced by Edina Kenesei and Ági Pataki. The cinematographer is Gábor Szilágyi and it was edited by Zsófia Ördög. Music by Csaba Kalotás.