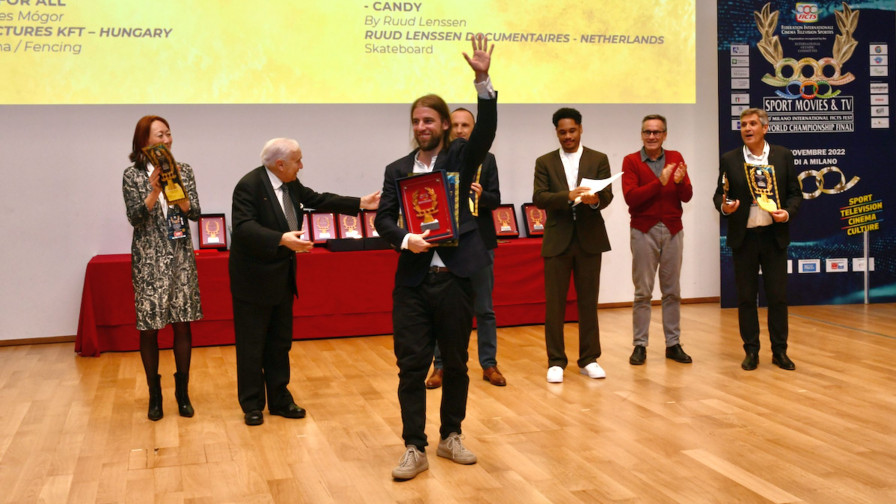 One for All wins Guirlande d’Honneur in Milan

András Pires Muhi’s  movie was previously selected for the Honorary Special Mention Award and received the main award in Milan on 13 November. Sport Movies & TV 2022 – 40 Milano International FICTS Festival promotes the values of sport through film. The Guirlande d’Honneur award is also called „the Oscar of Cinema and Sport Television”.

ONE FOR ALL is about sabre fencer Áron Szilágyi, who trains to become the first fencer in history to win his third solo gold medal at the 2020 Tokyo Olympics. In this intensive, action filled documentary the public gets the unique experience of seeing a true role model behind the scenes. Shown through footage about daily life, preparation period and competitions, in a manner that is full with emotions, humour and professionalism.

ONE FOR ALL was won best documentary award at Hungarian Motion Picture Festival as well as Los Angeles Hungarian Film Festival and it also received AIPS Sport Media Award in 2021.

Supported by Hungarian National Film Institute, Future FM and General with Strongaa and Romis Cinema, ONE FOR ALL was directed by András Pires Muhi and made in cooperation with ELF Pictures and Bulb Cinema.