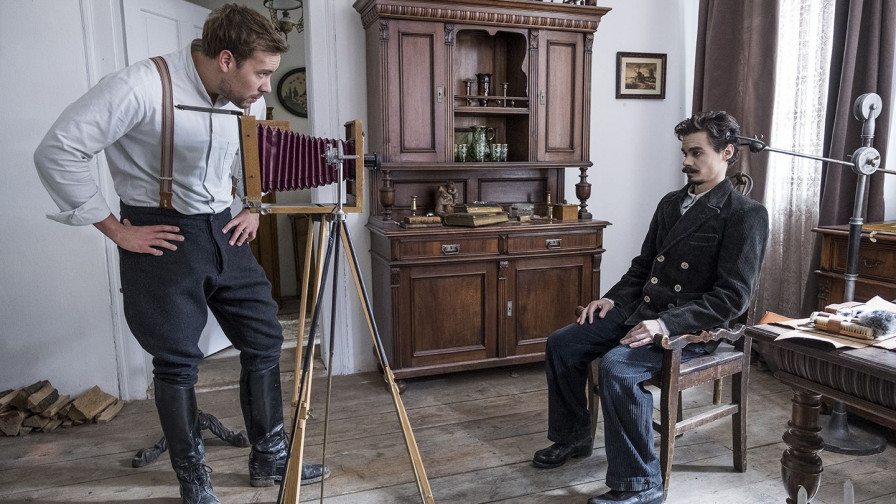 Péter Bergendy’s POST MORTEM is the Official Hungarian Entry for the Academy Awards©. The period horror tells the supernatural story of a post mortem photographer and a little girl confronting ghosts in a haunted village after the First World War. POST MORTEM was awarded at Trieste, Fantasporto, Sombra and Parma genre festivals and was the winner of the 2021 Hungarian Motion Picture Awards for Best Cinematography, Best Editing, Best Production Design and Best Make-Up. Int’l sales are handled by NFI World Sales.

POST MORTEM premiered at Warsaw IFF and Sitges film festival last year and was on show at more than 20 prestigious genre festivals all around the globe. NFI World Sales, the National Film Institute’s sales arm has scored deals for major territories in Europe including France, Italy, Germany, Poland, for South Korea, Southeast Asia including Vietnam, Indonesia, Hong Kong, for India and Latin America. For North America and Canada Black Mandala has acquired the distribution rights of the Hungarian feature. POST MORTEM was produced by Tamás Lajos & Ábel Köves for Szupermodern Studio.

SYNOPSIS
Countless ghosts have been stuck in our world as a result of the destruction caused by World War I and the Spanish Flu epidemic. Tomás, the wandering post mortem photographer, gets to a haunted village after meeting a ten-year-old orphan girl, Anna, during the freezing winter of 1918. After experiencing the strange, supernatural phenomena, he decides to investigate the intentions of the ghosts. Anna accompanies Tomás's exploration through all its dangers, while the ghosts rave with fury.

“I loved horror movies as a kid. Despite the fact that horror was banned in socialist Hungary because it was considered a bourgeois genre, I still managed to see the best of them. Later, as a psychologist, I studied the psychology of horror, and even wrote my thesis on it. Because horror tells us something important about the unconscious mind, revealing the workings and problems of the psyche in the language of ancient human symbols and archetypes. To put it simply: it’s really exciting.

After the success of my historical film noirs, I thought it’s about time Hungary came out with a horror film. Therefore, my creative producer and partner, Gábor Hellebrandt, and I imagined a ghost story, which, in addition to its psychological content, was somehow also closely related to Hungary. We conjured up the ghosts from a time of great loss in Hungarian history, directly after World War I, during the Spanish Flu pandemic.

In our movie, the ghosts of our painful past overrun a Hungarian village to which a post mortem photographer arrives, who is concerned with death the same way the genre of horror is. The photographer then meets a little girl and perhaps his own unconscious mind.
I hope audiences will gladly accompany us into this ghostly world and will be open to stirring up the deeper layers of their unconscious.” - Péter Bergendy

Hungarian director, born in 1964. He got his first camera from his grandfather at the age of 6. From that moment film became part of his life. Originally graduated as psychologist, where he wrote his thesis on horror film psychology. For 10 years he was the editor-in-chief of the Hungarian issue of German magazine Cinema, he worked as academic researcher for the Hungarian Film Institute, also as editor and director for the Hungarian Television. For 25 years now he has been ditched in Hungarian and international commercial directing, his multiple award-winning commercials are shown across the world. As a director, his first feature film, a romantic comedy 'Stop Mom Teresa!' was released in 2004 achieving national and international recognition for him. His cold war spy film noir 'The Exam' (2011) has won New Directors' Gold Hugo Award at Chicago IFF in 2012. His next thriller, 'Trezor' (2018) was the first ever Hungarian TV-film nominated for International Emmy Award, and it has won eight Hungarian Film Awards in 2019. In 2020 Péter Bergendy was awarded Balázs Béla Prize for his outstanding services in the arts of motion pictures.

’the performances are great all around’ Horror Obsessive

’Post Mortem brilliantly picks both its premise and its setting.’ Cinerama Film