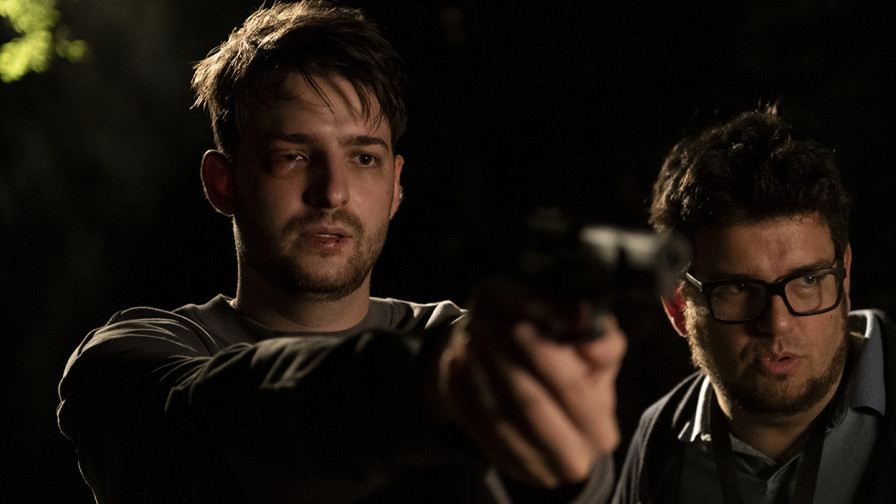 THE GRANDSON is a coming-of-age drama disguised as a crime thriller, with darkly comic undertones - the story of an extraordinary revenge. 40-day principal photography started this week in Budapest on various locations. Int’l distribution of Kristóf Deák’s debut feature is handled by NFI World Sales with an expected release date in autumn 2021. Rudi is the ‘nice guy’ everyone can count on - a quiet 28 year old office manager. But when his beloved grandpa falls victim to a particularly ruthless scam, his comfortable world is turned upside down. Pushed by guilt and a desire to bring justice to the criminals, Rudi starts his own investigation, descending into the world of petty crime - and finding peculiar allies along the way.

The so called “grandparent scam” is a (recently very common) form of telephone fraud, where the scammer pretends to be a grandchild in distress, asking “grandma” for money to help solve an urgent, threatening situation.

“The story of The Grandson is based on a very personal experience - my own grandpa fell victim to scammers. I’m interested in what an average nice guy like myself can do when pushed out of his comfort zone to start a journey of vengeance, to serve justice to his loved ones. How far can one go before becoming a totally different person?” The Grandson - Kristóf Deák and Tamás S. Zákonyi with the cast

Academy Award winner Kristóf Deák was born in 1982 in Budapest, Hungary. He studied film directing at the University of Westminster in London and film production at the Hungarian Academy of Drama and Film, Budapest.
He is known for his work on Captives (2019), Best Game Ever (2018) and Sing (Mindenki) Academy Award for Best Live Action Short Film, 2017.
The Grandson will be Kristóf Deák’s first full-length feature film for theatrical release.