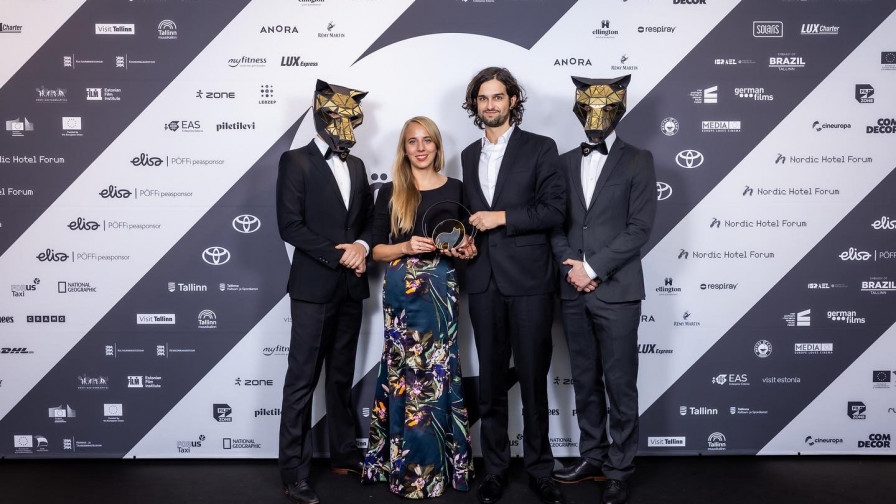 The Youth and Children’s Just Film competition at the Tallinn International Film Festival ended with a Hungarian success last weekend as Noémi Veronika Szakonyi’s feature film won the category’s Grand Prix. SIX WEEKS -  supported by National Film Institute - Hungary, tells the story of a teenage girl who, after getting pregnant, decides to adopt the baby to a couple who had been waiting to become parents for a long time. Seeking a professional career as a table tennis player, Zsófi is convinced she had made the best choice but becomes hesitant after the baby is born. She has six weeks to change her mind after giving birth, which is an extremely difficult period of time emotionally for both parties.

The festival’s international jury called the film an ‘insightful drama’ and praised ‘the extraordinary, multifaceted performance of Katalin Román’ in the leading role, as well as Noémi Veronika Szakonyi’s ‘extraordinarily empathetic approach to direction’. ‘Six Weeks places its young audience at the centre of its attention and speaks to them in a voice that they can accept as their own’ – the jury commented.

The film premiered in Sarajevo and won Adolf Zukor Award at Cinefest Miskolc International Film Festival, as well as the Silver Atlas Award for best director and the award for Best Youth Film at Arras Film Festival, France.

Documentary film director Noémi Veronika Szakonyi directed the film with permanent creative partner Máté Artur Vincze. The screenplay was co-written by the creative duo with screenwriter Dániel Daoud. Producer of SIX WEEKS is Judit Romwalter, with whom the director co-worked when creating documentary Photographed by Vilmos Zsigmond. The film’s cinematographer is Zoltán Dévényi, it was edited by László Hargittai and Anna Vághy, costume is by Juli Szlávik, music is composed by Andor Sperling, voice master is Attila Tőzsér, production designer is Gábor Valcz.

SIX WEEKS was supported by National Film Institute - Hungary and produced by SPARKS.

THREE THOUSAND NUMBERED PIECES – which premiered in Tallinn and received the jury’s special mention – depicts the fate of young Romany people whose difficult lives become the subject of a theatre play. When the play is invited to a famous German theatre festival, the actors have to face their past and fight off racial stereotypes.

Tallinn Black Nights Film Festival’s jury praised the film for its ability to ‘make us question our own involvement in the voyeuristic culture’, which also ‘shines a light on a previously almost-invisible community and shows its beauty and dignity’.

The latest feature of Ádám Császi (Land of Storms) is based on a play, which tells the story of a surreal journey balancing on the edge of fiction, absurd and harsh reality. Supported by the Hungarian National Film Institute, Three Thousand Numbered Pieces was written by Balázs Lengyel and director Ádám Császi. Cinematograopher is Balázs István Balázs, production designer is Renátó Cseh, editor is Tamás Kollányi. Music was composed by Csaba Kalotás, and the film was produced by István Bodzsár and Kornél Sipos.

Director-screenwriter György Mór Kárpáti's second film, SUMMER TO COME, also received the jury’s special mention at Tallinn Film Festival. The film is set in a drama camp for a high school class and is about grief. Milán is preparing for his own performance in the camp while a love triangle starts to form between him, Anna and Dani. After an incident, they are all sent home and although Anna and Dani returns to the camp the next year, they cannot reunite with Milán, who had committed suicide

According to the jury, the film ‘speaks to its audience with sincerity, skilfully opening a dialogue on a very difficult topic. It does this through the use of an experimental approach, which seduces its audience into following the story with great skill and care’.

An outstanding director of his generation, György Mór Kárpáti’s earlier films were invited  to Cannes and the Berlinare. The theme of his latest film focuses on young people and the way they think. Summer to Come was produced by Viktória Petrányi, cinematographer was Gergely Pálos, editor Dániel Tokár and composer Asher Goldschmidt. The film was produced by Proton Cinema as an independent production.