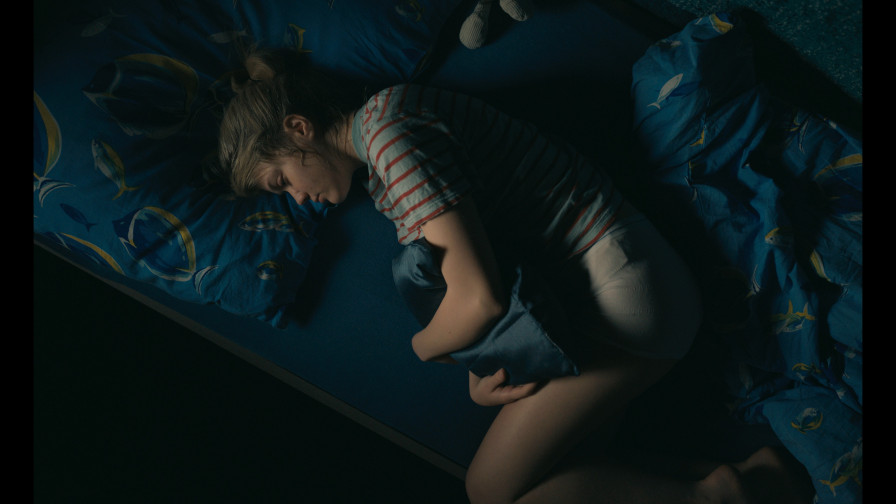 The world premiere of SIX WEEKS will take place at the prestigious Sarajevo Film Festival in August. The movie, directed by Noémi Veronika Szakonyi, deals with the delicate issue of open adoption and will be in competition for the Heart of Sarajevo Award with the best films of the region.

Hungarian filmmaking talent is represented at the festival by various other new films as well: the works of directors Nikolett Fábián, Anna Gyimesi, Mátyás Kálmán, Anna Nemes, Bianka Szelestey, Balázs Turai and Dorka Vermes have been selected into the short,- and student films, as well as documentaries competition programs.

Competition programs of 28th Sarajevo Film Festival, held 12 – 19 August, have been announced. Hungarian movie about open adoption, SIX WEEKS, has been invited and will compete for Best Feature Film’s Heart of Sarajevo prize. During the last three decades, Sarajevo Film Festival has grown into one of the most prestigious film event in Europe with more than a hundred thousand visitors and quality programs, which attract A-list movie stars as well as top professionals within the international film industry.

SIX WEEKS, supported by National Film Institute - Hungary, tells the story of a teenage girl who, after getting pregnant, decides to adopt the baby to a couple who had been waiting to become parents for a long time. Seeking a professional career as a table tennis player, Zsófi is convinced she had made the best choice but becomes hesitant after the baby is born. She has six weeks to change her mind after giving birth, which is an extremely difficult period of time emotionally for both parties.

Creators of SIX WEEKS initially planned to make a documentary about the subject but finally decided to dramatize true events. “In a situation like this, the presence of the camera can have a strong influence on people and their decisions,  and we thought it would not be right. We felt that we could go much closer to this situation within a narrative cinematic framework." – said director Noémi Veronika Szakonyi earlier at the shooting, adding that it was difficult for them to decide which point of view they wanted to focus on. “During the interviews, we found that the mothers who give birth are the most underrepresented. They are often stigmatized, so they tend to remain invisible and get little help."

Screenwriter Máté Artur Vincze highlighted earlier that they tried to create the film as realistic as possible so they had done a lot of interviews and research before starting to write the script. “We met representatives of various NGOs (non-governmental organizations) who support the process of adoption by connecting biological mothers with adopting couples. We asked them about the six weeks-law and found that it’s a very divisive one.”

SIX WEEKS’s leading role is played by Katalin Román, who – according to the director – is “an authentic, natural, exciting character with a strong willpower”. Supporting roles are played by Móni Balsai, András Mészáros, Zsuzsa Járó, Lana Szczaurski, Kati Takács and Anna Györgyi.

The permanent creative partner of Noémi Veronika Szakonyi director is Máté Artur Vincze, with whom she graduated in Tamás Almási's documentary-directing class at the University of Theatre and Film Arts, Budapest. The screenplay was co-written by the creative duo with screenwriter Dániel Daoud. Producer of SIX WEEKS is Judit Romwalter, with whom the director co-worked when creating documentary Photographed by Vilmos Zsigmond. The film’s cinematographer is Zoltán Dévényi, it was edited by László Hargittai and Anna Vághy, costume is by Juli Szlávik, music is composed by Andor Sperling, voice master is Attila Tőzsér, production designer is Gábor Valcz.

SIX WEEKS was supported by National Film Institute - Hungary and produced by SPARKS.