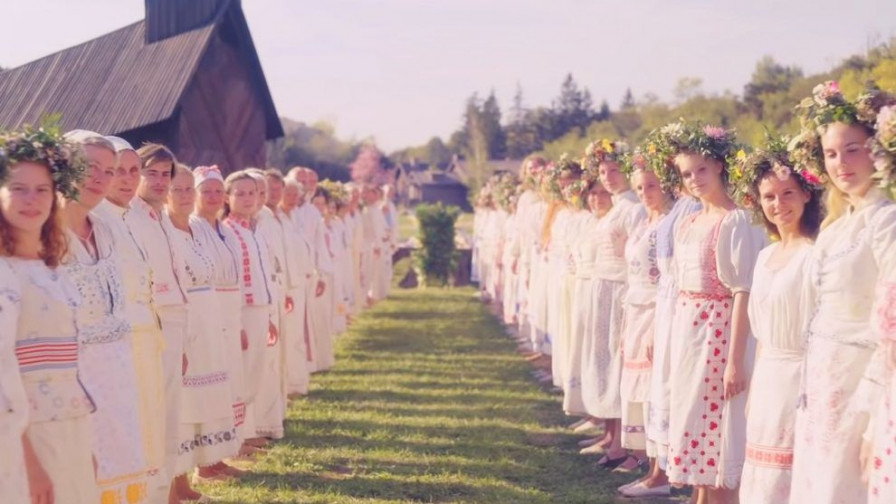 Hungary: The European Hub for Hollywood

The original English version of the article was published in the Hungarian Film Magazine 2020 Berlinale Issue.

In previous editions of this column we were able to provide you with a rough overview of the different productions that were filmed in Hungary. Now that is almost impossible – or to do so would mean publishing a much thicker magazine. So this time we’ll limit ourselves to focusing on the highlights!

The year 2018 brought blockbusters to our country, like Terminator: Dark Fate and Gemini Man, so expectations were very high for the service production industry.

In previous Marvel movies the characters played by Scarlett Johansson and Jeremy Renner kept mentioning a mission to Budapest, so it was rather inevitable that Hungary would at some stage welcome a Marvel movie. It finally happened when, last summer, Black Widow spent about two weeks filming on the streets of our capital. The film’s trailer (seen by more than 40 million viewers on its official YouTube account alone!) starts with an image of the Citadella, followed by many other well-known locations. The film will be released this April.

The biggest and longest film shoot in Hungary last year was the new adaptation of the classic sci-fi novel Dune. After David Lynch, this time it was Denis Villeneuve sitting in the director’s chair, with a cast that included Timothée Chalamet, Rebecca Ferguson, Stellan Skarsgård, Javier Bardem, Josh Brolin, Oscar Isaac, Charlotte Rampling and Dave Bautista. Warner Bros. Pictures has advertised its release in the United States in IMAX and 3D for 18 December. Dune is Denis Villeneuve’s second major motion picture to have been filmed in Hungary, with Blade Runner 2049 being the first. Timothée Chalamet is now a regular, having spent the summer of 2018 here for The King, directed by David Michôd. Co-starring Joel Edgerton and Robert Pattinson, the film debuted at the Venice Film Festival and was released in selected theatres before Netflix put it up for digital streaming on 1 November.

Speaking of big movies being filmed in Hungary for Netflix, did you spot our locations in Michael Bay’s 6 Underground?! The fast-paced action film was shot in multiple countries and reportedly cost $150 million – possibly the highest-ever budget for a Netflix movie! It must have been worth every penny for the streaming giant, though: the film was viewed by 83 million member households in its first four weeks.

Another Netflix original is the sci-fi flick Outside the Wire starring Anthony Mackie. The Swedish director Mikael Håfström was a returnee to Budapest after having previously directed The Rite starring Anthony Hopkins here. His most recent film is expected to debut on Netflix later this year.

It is pretty clear that Hungary is quickly becoming the European hub for Netflix productions. In previous years we had Marco Polo, The Last Kingdom, and the Sasha Baron Cohen-starrer The Spy, but things really exploded in 2019! Exhibit A: The Witcher, which was almost entirely filmed in Hungarian soundstages and on studio backlots. Its lead actor, Henry Cavill, spent half a year in Budapest for the production. Based on the popular books and videogames, the series was set to become the next Game of Thrones – and all signs indicate to that being the case. According to Netflix’s end-of-year stats, The Witcher is its second-best-rated series – only behind the third season of the megahit Stranger Things. What exactly does that mean in viewership? During its first four weeks of release, 76 million member households watched it. Netflix knew in advance that they were sitting on a hit: weeks before its launch, the provider has already renewed the series for a second season.

The Witcher is no longer in Hungary, but another Netflix fantasy is. Shadow and Bone is the television reimagining of Leigh Bardugo’s best-selling Grisha trilogy and Six of Crows duology. The young-adult fantasy series stars Ben Barnes and a bunch of fresh-faced soon-to-be celebrities. The show is executive produced by Stranger Things-director and EP Shawn Levy. The eight-episode The Angel of Darkness is the sequel to The Alienist, the gripping mystery drama set in New York City in the late 19th century. The New York backlot at Korda Studios (originally built for Hellboy 2 – The Golden Army and since used for multiple productions) served as its main location, but various Budapest venues were also turned into an old New York City. The stars Daniel Brühl, Luke Evans and Dakota Fanning all returned for the new series, which is due to premiere later this year on TNT Channel, with the international rights belonging to Netflix.

Netflix is not the only streaming giant to have set foot in Hungary. The much-awaited new show from Get Out-director Jordan Peele, Hunters, spent a brief time here. The Al Pacino-starring Nazi hunter show is set to premiere on 21 February on Amazon Video, which is also the home of Hanna, the action-drama about a 15-year-old supersoldier, which also chose Hungary as its main location.

Another hot new thriller filmed here this past year is Treadstone, a spin-off from the Matt Damon-starring Bourne films – this time with Jeremy Irvine in the lead. The 10-episode first season debuted last autumn on USA Network and in January on Amazon Prime Video for its international audience.

Speaking of reimagining classic thrillers, Condor, which is a modern take on Six Days of the Condor and stars Max Irons, William Hurt, Mira Sorvino and Bob Balaban, also recently filmed in Hungary. The second season of the Audience Network series will heavily feature Budapest. In a behind-the-scenes video recently posted online, the director Andrew McCarthy was psyched to be able to film in our capital: “Nothing like this would ever happen in America”, he said, “[The locations] do 90 % of the work for you. You point the camera anywhere and you look like a genius. It works.” The new season is expected to debut in the first half of 2020.

If you want to know who you might bump into on the streets of Budapest, one is the American Gods-actor Pablo Schreiber who is in town working on the long-awaited Halo TV series. Based on the popular Xbox franchise, it is executive produced by Steven Spielberg and the pilot was directed by Otto Bathurst, who recently made the feature Robin Hood – also in Hungary. The nine-episode series centres around Master Chief, who happens to be “Earth’s most advanced warrior of the 26th century”. Halo will premiere at the beginning of 2021 on Showtime. Not only are American shows coming to Hungary, though. Filming ended a few weeks ago for The North Water, a BBC Two four-part mini-series. The story is set in Hull and the ice floes of the Arctic in the late 1850s. It is an adaptation of Ian McGuire’s Man Booker Prize-longlisted novel. The acclaimed director Andrew Haigh (45 Years, Lean on Pete) chose Norway and Hungary as the main locations for his project, which stars the powerhouse actors Colin Farrell and Jack O’Connell.

Filming just started for BBC One’s Baptiste, the gripping crime series starring the prolific actor Tchéky Karyo in the title role of the retired detective. The first season was shot in Belgium and the Netherlands, but the new series will mostly be filmed in Hungary. The story will also be set in our capital. According to the official synopsis, the detective Julien Baptiste will delve into Budapest’s corrupt underworld in an attempt to find a British ambassador’s family who have gone missing while skiing in the Hungarian mountains.

With all these big productions it is easy to overlook the smaller films. However, we must mention a few as they were directed by some of the finest directors!

One of the most original horror films that came out in 2019 was Midsommar. The slow-burning masterpiece was directed by Hereditary-helmer Ari Aster, and the fictional Swedish countryside can actually be found just outside of Budapest. Also released last year, The Song of Names by François Girard (The Red Violin), is a Canadian–Hungarian co-production that was produced by Robert Lantos and starred Tim Roth and Clive Owen. For the film, Hungary set the scene for England, Poland and even New York City. It debuted at the Toronto International Film Festival.

Last spring the legendary Oscar-winning filmmaker Barry Levinson (Good Morning Vietnam) filmed the majority of his 27th feature film, Harry Haft, in Hungary. Young Hungarian filmmakers were given a once-in-a-lifetime opportunity as Levinson agreed to do a masterclass at Budapest’s Uránia cinema, where hundreds listened to the Rain Man-director talk about his craft.