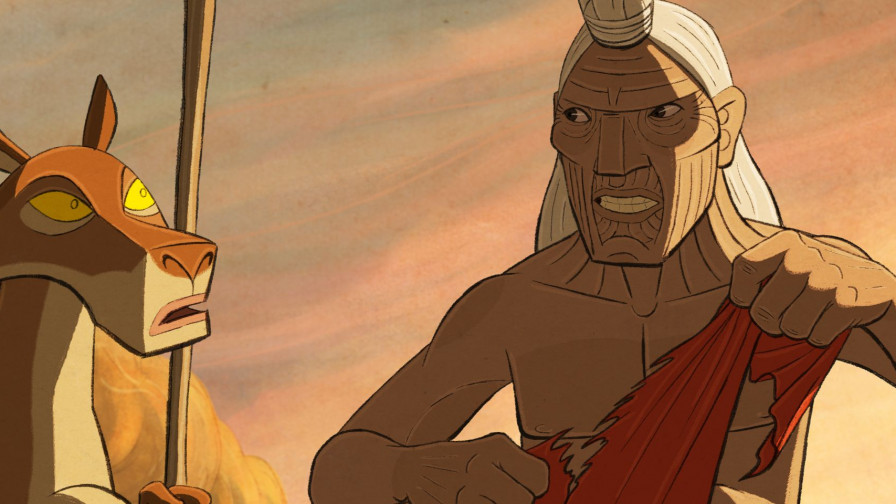 Made by the director of legendary The District, Áron Gauder’s new film will soon hit Hungarian theatres. Four Souls of Coyote is an animated movie evoking the ancient tale of Native American Creation myth.

Supported by the National Film Institute, Áron Gauder wrote Four Souls of Coyote with legendary Hungarian director, writer and poet, Géza Bereményi. The movie is about nature’s fight with humanity and was made with Cinemon Entertainment during five years.

The new teaser was made by Robbit Creative:

Four Souls of Coyote tells the story of ancient wisdom: it depicts how Native Americans think about nature and reminds us to share responsibility for each other and Earth. The special relationship between Native Americans and nature is very similar to what most modern environmentalist groups think is ideal. The movie points out how this rich, magical knowledge can be maintained in today’s world.

Áron Gauder’s previous short films were also based on Native American tales: Coyote and the Rock as well as Coyote and the White Man were showcased at the animated film festivals of Annecy Ottawa, Hiroshima, Los Angeles and Anima Mundi.

Produced by Four Réka Temple, Souls of Coyote was drawn by director Áron Gauder. Animation director is Zsolt Baumgartner. The film’s music is a selection of Native American folk songs.