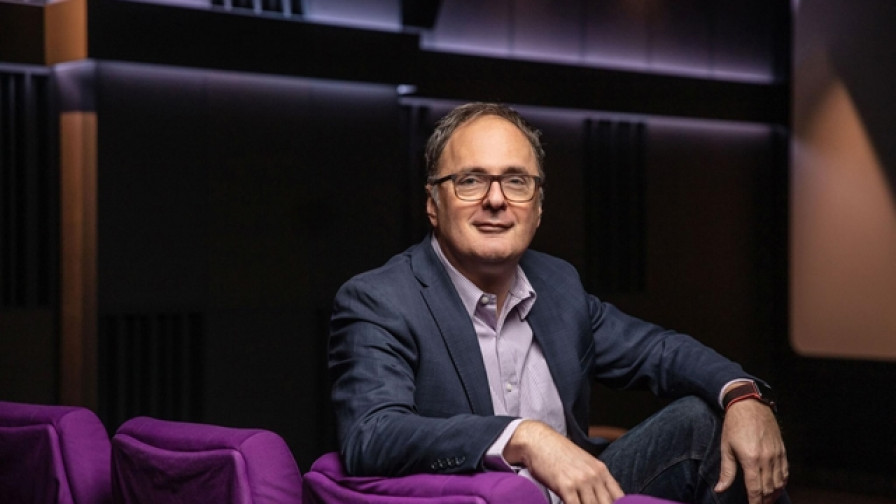 “We Are in a Pretty Good Position”

Csaba Káel, Government Commissioner for the Development of the Hungarian Motion Picture Industry, sees the key to the future of Hungarian cinema in Central-European co-productions and the strengthening of the European distribution system. On occasion of the 74th Cannes Film Festival, which features several Hungarian movies, the Chairman of the National Film Institute also discussed ways in which they can support the advancement of Hungarian filmmakers in international productions.

The Story of My Wife and Evolution both appear in the Official Selection of the Cannes Film Festival, the former was funded by the Film Fund, the predecessor of the National Film Institute (NFI), while the latter was funded by the NFI. How much priority is given by the NFI to funding movies that have a chance to be selected for festivals?

Being present at festivals is important, but other issues are equally important. Accolades from festivals used to have a bigger impact on viewer numbers, but that is not so much the case anymore, which might be connected to the fact that European film distribution is not at its best these days. American movies dominate the field. It would be nice to see as many European films as possible and it would be nice if Hungarian movies were seen by as many people in Europe as possible. That’s why I am urging the strengthening of the European film distribution system. The system of theatrical distribution is complicated, but there is the network of public service media, joined together by the European Broadcasting Union. It would be advisable to raise the quota for European films, so a higher number of valuable works could reach the viewers. In the 70s we had access to a lot of European movies, and through them, we were much more well-informed about what was going on in the countries around us. We should revive this.

The NFI could have a key role in supporting the next generation, those up-and-coming directors who are either at the beginning of their careers or at the threshold of a promising international career after having directed one or two movies.

In comparison to the size of our country we are in a pretty good position, we have an annual budget of 10 billion Hungarian forints to support feature films produced for theatrical distribution, 3.5 billion to fund television movies, and 3 billion to fund television series. Also, within the framework of the Incubator Program, we provide the opportunity for 10 first-time directors each year to develop their first full-length project, and 5 to actually produce their movie, which constantly brings fresh blood into the film community. We are also in the process of diversifying our portfolio. We support movies representing a wide variety of genres and for a variety of platforms. Besides theatrical distribution we also focus on television and streaming, we have to reach audiences utilizing several channels. But we have to reckon with the fact that we live in a small country, so I am urging everybody to consider co-productions as well. In my opinion it is very important for the young filmmaking generation to collaborate and develop stories together in the region. On the one hand more financial resources can be mobilized this way, on the other hand the potential market for these movies is much bigger, the Central-European region translates to a market of 150 million people. Can you also support young filmmakers in developing these collaborations for co-productions?

We are constantly working on this. Collaborations may be formed on different levels, one of these is the level of the regional, that is Central-European co-productions. We definitely want to support this. We are planning to create a regional film festival and a film market, moreover, at the Berlinale last year I proposed that the film institutes of the V4 countries should create a joint fund with an international funding board for the filmmakers of the region. We are continuing to lay the groundwork for this in Cannes.

Another path could be to create closer collaborations with the big English-speaking productions shot in Hungary.

We have a large number of brilliant film professionals working on service productions. We should work on levelling this knowledge up, so that some of our creative professionals, e.g. art directors, costume designers, maybe even cinematographers and directors are commissioned by these productions. We are making important steps towards this, during the COVID-19 pandemic we launched 10 co-productions which supplemented for the service productions. Several Hungarian film professionals worked on these projects in key positions. One of these was Mrs. Harris Goes to Paris with Isabelle Huppert, Lesley Manville and Lucas Bravo in the lead roles, but unprecedented collaborations were also formed, for example, with Vietnam. The film is called Budapest, Where Love Begins, and it is a very touching love story that is played out on two timelines in the 70s in Budapest and in the present. Besides regional collaborations, Hungarian filmmakers also forged partnerships with their Norwegian, French and Moroccan colleagues to carry out exciting projects. We also want to support both co-productions and Hungarian movies by expanding our studio capacities. We are building four new studios on the historical studio grounds in Fót (MAFILM), with two of them available for service productions and the other two reserved for co-productions and Hungarian movies. Do you have a strategy for helping Hungarian film professionals advance from service productions to co-productions?

We want to create a Hungarian Film Book, which will partly be a location guide to present the wide variety of Hungarian locations to foreign productions, and partly a professional guide that presents Hungarian filmmakers with their references. And when we are partaking in a co-production with Hungarian majority participation, we can specify positions which have to be filled with Hungarian professionals as part of our contribution.

What damage has the COVID-19 pandemic done to the Hungarian film industry and in what ways are you helping the industry to recuperate?

Our film industry never shut down, there are more than 250 works in development, pre-production or production, feature films, documentaries, shorts, animated movies, television movies and television series as well. Due to the restrictions necessitated by the pandemic a lot of premieres were postponed, so the audience is not yet aware of all the movies that have been made. As soon as the situation permitted, film shoots restarted, so there are a lot of new movies in the pipeline, waiting to meet audiences in cinemas, on screens and at festivals. We provided financial aid to distributors, cinemas and film professionals, and we introduced a new support system for film marketing during the pandemic. We have to support cinemas in order to make it possible for them to keep Hungarian movies on their lineup longer, and it is also important to start the marketing campaign straight away when we decide to fund the production of a movie, so that by the time it comes out in theatres or on a streaming platform the audience just can’t wait to see it.