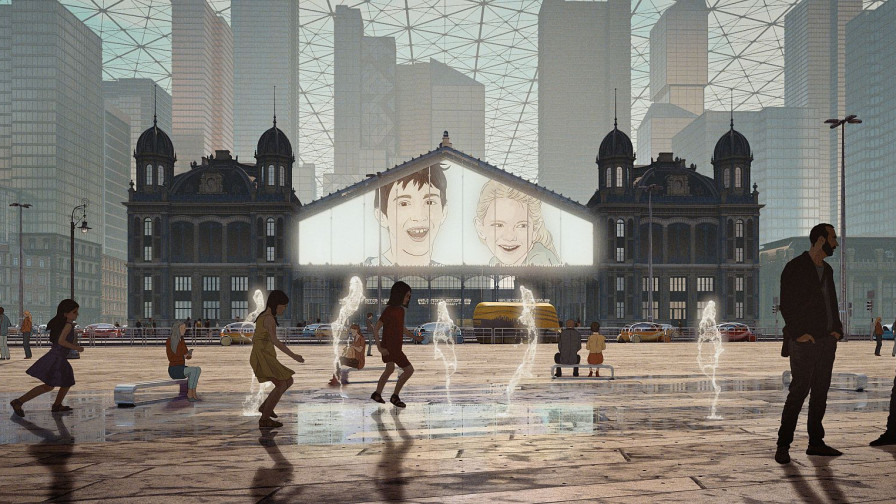 Competition programs of the 73rd Berlin International Film Festival – starting at 16 February - has been revealed. The animated science fiction feature by Tibor Bánóczki and Sarolta Szabó deals with crucial questions of our time. The WHITE PLASTIC SKY world premiere, a dystopian eco-fantasy will take place in the Berlinale Encounters’ competition in February, where audience can meet the creators, too.

The award-winner director duo’s feature debut is set in the near future: by the year 2123 fertile soil will disappear from the Earth. The flora and fauna will become extinct. Before the total disaster, scientists develop an extremely nutritious plant, which grows from living human flesh only.

The city of Budapest lives in total isolation. Every citizen on their 50th birthday gets “implanted” and transported to a special site called the Plantation.

STEFAN a 28 year-old psychiatrist supports this system and strongly believes that this is the only way humanity can survive. One day, his wife NORA signs up for a volunteer implantation and Stefan’s world collapses.

Starring Zsófia Szamosi and Tamás Keresztes, the project combines 2D and 3D and used a rotoscoping technique allowing the animators to trace over live action footage to create animation frames.

“It is a great honor that our movie will debut at one of the most prestigious film festival in the world. The Berlinale Encounters has a selection of films seeking innovation, unconventionality and new perspectives and it is an honor to be part of. Many people worked on this project for many years and we are truly excited to show our film to the audience and we are really looking forward to the festival as well as to the Hungarian premiere at the end of March.” – said the emerging director-duo, Tibor Bánóczki and Sarolta Szabó.