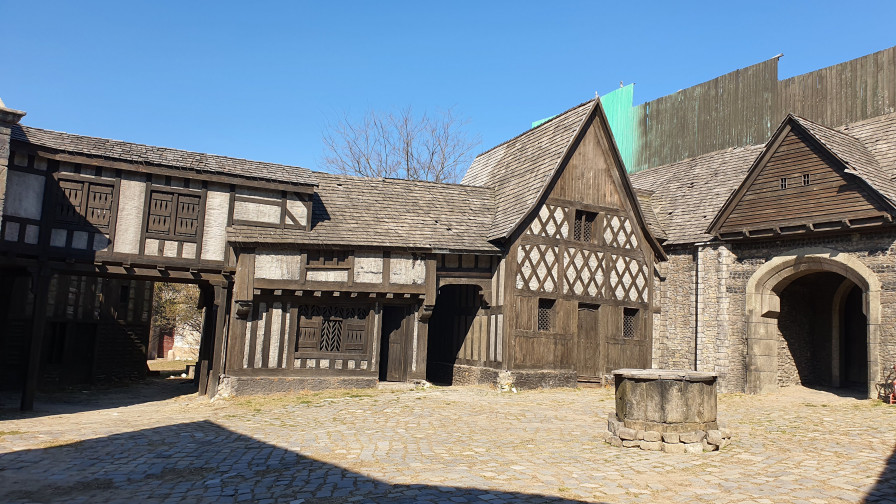 The medieval style backlot is a hugely popular filming location with the medieval castle courtyard part built for the 1983 television drama Hamlet, which, thanks to expansions since then, now exceeds 15,000 square meters.

Productions such as the series The Pillars of the Earth based on a novel by Ken Follet, the 2012 film The Raven starring John Cusack, and the NBC series Dracula with Jonathan Rhys Meyers were filmed here. The scenes from the Robin Hood series as well as most of the scenes from the Netflix series The Witcher, Shadow and Bone, and The Last Kingdom were shot here.

The medieval backlot also has various exteriors and interiors. Among others, there is a castle courtyard, a market square, a tavern, a prison, a bell tower, and a throne room. The sets are constantly changing as a result of the transformations from the productions and are renewed from time to time.