Whose dog am I 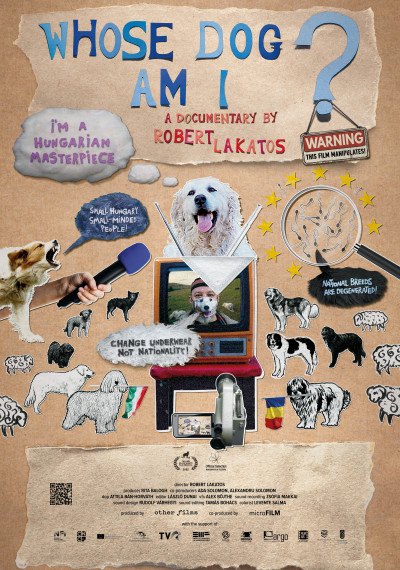 This docu-comedy essay is about politics in a world where citizens are dogs, politicians are dog breeders, national institutions are local dog breeders’ associations while the highest international forum is FCI (Fédération Cynologique Internationale, World Canine Organisation). A film about Big Politics through the politics of the dog world.

The protagonist is Robert, the director. He has Romanian citizenship and a Hungarian nationality. Robert believes that one’s national identity is reflected in the type of dog they own, so he has a Hungarian shepherd dog - a Kuvasz - to guard the house. However, the dog is getting old and finding his successor proves more difficult than anticipated.

He soon finds out that the Hungarian types are degenerated, so he tries to contribute to the improvement of the Kuvasz, but due to the dog politics of the Hungarian state, he loses hope. He decides to take part in the breeding program of the Transylvanian- Hungarian Shepherd Dog that has the potential to become the status symbol in which Transylvanian-Hungarians recognize themselves.

During the process, Robert has to come to terms with the fact that it is almost impossible to breed such a dog type.

This film is a social satire that would like to draw attention to certain unsolved political and social issues.